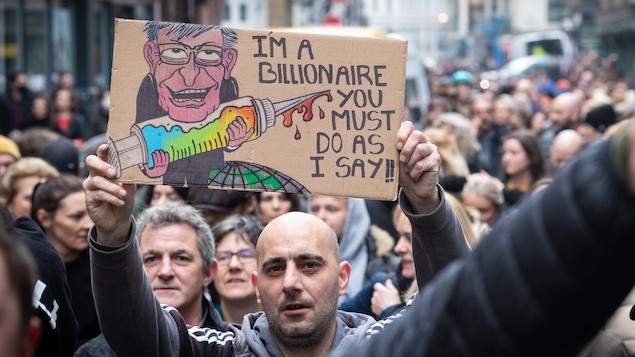 The UK has become the first country in the world to approve the mass use of a Covid vaccine and immunisations could start as early as next week. But a vocal anti-vaccination movement could threaten to undermine their efficacy if people refuse in large numbers. Does the vaccination debate pose problems for employers?

With positive news about Covid-19 vaccines emerging every day, it may have come as a surprise to some that the NHS plans to enlist a team of celebrities and “influencers” to encourage people to take up the vaccine when it arrives.

According to reports, ministers are working with NHS England to draw up a list of “sensible” famous faces amid fears that misinformation around the side-effects of inoculations or distrust in the government’s intentions will stop large numbers of people from getting them.

Because vaccines’ effectiveness depends on a large proportion of the population receiving them, sending out a positive message around the benefits is crucial. Even those who are hesitant about having a vaccine might find that their decision counts when it comes to building public immunity.

On social media, memes and conspiracy theories abound that the vaccines currently undergoing approval will: modify our DNA; that Microsoft founder Bill Gates will use them to implant trackable microchips into our systems; or that the vaccination programme is part of a secret plan to control the population, among others.

For employers, it’s clear that it’s not only the health impact of coronavirus that has had an impact on their relationships with employees – it’s also the growing polarity of opinion on how the pandemic is being managed. For some this is demonstrated by some through anti-lockdown protests; others it’s passionate disagreement with vaccination. But how should HR and management deal with any potential fall-out?

Conservative MP Tom Tugendhat recently told reporters that he could “certainly see the day” when managers would be able to bar people from coming into the office unless they had received the Covid vaccine. Furthermore, newly appointed vaccines minister Nadhim Zahawi recently hinted that pubs and other venues could gain the power to turn down customers who refused to have the jab, requiring proof that they have been vaccinated before they can come in.

Cabinet Office minister Michael Gove has since denied that any such “vaccine passport” plan was in development, but that’s not to say that – as workforces begin to return to the office on a more widespread basis – there won’t be some scrutiny into “who has and who hasn’t” received the vaccination.

And while the UK government has so far ruled out making it mandatory, Denmark has just rushed through an emergency coronavirus law that would give health authorities the right to enforce testing and treatment – including a policy of mandatory vaccination.

While it remains recommended rather than compulsory in the UK, employers won’t be able to impose a blanket instruction for staff to have the vaccine, or penalise them for not having it, according to Andrew Willis, head of legal at Croner. “Whether employers would be able to ban people from coming into work who refuse to have it would ultimately be very case-specific,” he says.

It takes careful management as it’s a febrile time and there are lots of tensions bubbling away.” – Esther Langdon, Vedder Price

“On the one hand, there may be some industry sectors that may implement a requirement for its staff to have the vaccine for safety reasons. For example, operators in health and social care will likely want to reduce the chances of a further Covid outbreak in their workplaces and see the vaccine as a critical method for doing this. That said, there is no confirmation that any sector is currently considering this.”

If employees become combative about their anti-vaccination views, it’s important to tread carefully, says Esther Langdon, an associate at law firm Vedder Price. “If you have a team and one person refuses, your duty as a manager is to ensure there is no detriment to them as a result of that. It takes careful management as it’s a febrile time and there are lots of tensions bubbling away.”

To some extent it will be a case of balancing an employer’s duty of care from a health and safety point of view with that employee’s right to hold a belief. Organisations can create their own positive messaging around the benefits of vaccination and position it as a wellbeing benefit, she adds. “Start a dialogue sooner rather than later, perhaps considering an awareness campaign. The flu jab is a useful analogy; we wouldn’t expect an employer to mandate that but they could recommend it and pay for it.”

Discussing vaccination could be part of the overall return to work conversation as restrictions ease in 2021, says Simon Robinson of Robinson Ralph Employment Law. “Most of this can be sorted with dialogue,” he says. “If you talk to individuals about whether they agree to certain return to work conditions and they don’t agree, you ascertain their specific concerns and demonstrate what is being done to ensure their safety.”

In the unlikely case where an employee refuses to come into the workplace because colleagues have not been vaccinated, managers could carefully consider a number of routes, he adds. “If an employee cannot do their work from home, there is the option of offering unpaid leave or asking the employee to take holiday, but those would only be short term solutions when their underlying concern is about other individuals not being vaccinated. It would be unwise for employers to instruct staff to have a vaccine administered to them and dismiss them if they don’t.”

Whatever views HR or managers hold around the anti-vaccination movement, it’s important to recognise that for some, this will be a deeply held view. “Listen to people’s concerns, they’re not expressing their views just to be awkward, even if they are based on propaganda,” advises David Liddle, CEO of mediation consultancy The TCM Group. “That way you’ve got a better chance of negotiating an outcome rather than trying to apply a rule that covers everyone.”

Liddle advises that organisations refer back to policies to ensure they are robust but flexible. “Policies should reflect the values of your company and be up-to-date and person-centred, rather than creating added levels of confusion,” he says. Managers that allow the debate to happen in “a respectful way” will have a better chance of resolving any conflict. “The issue itself may be irreconcilable but you can manage the nature and tone of the debate,” Liddle adds.

With strategies in many organisations to keep much of the workforce remote well into next year, the “should we vaccinate” debate could be moot anyway. “You could argue that, if most people are at home anyway, what does it matter?” says Landgon at Vedder Price. “It’s a personal choice and an employer may not necessarily need to get involved, particularly if the effectiveness of the vaccine is very high.”

Transparency and dialogue are likely to be the most effective strategies in dealing with any workplace conflicts over vaccination, she concludes. “The focus should be on education and understanding, and employers can start that now.”