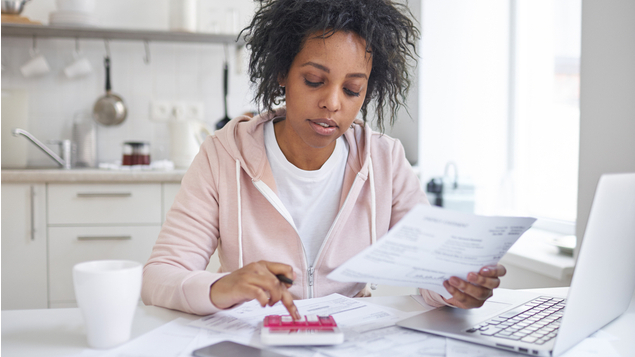 The average worker’s annual pay packet by the middle of the decade is set to be £1,200 lower than predicted earlier this year, with the pandemic, Brexit and the lasting effects of the 2008 financial crisis culminating in an ‘unprecedented’ 15-year squeeze on living standards, a think tank has claimed.

The Resolution Foundation’s analysis of the announcements made in yesterday’s spending review found that inflation-adjusted earnings are expected to be 3.4%, or £1,200, lower by 2025 than what the Office for Budget Responsibility had predicted in March this year.

It made this prediction on the basis that pay growth had weakened, unemployment was rising, pay was set to be frozen for most public sector workers, and the chancellor had announced a lower than expected uprating of the national living wage for April 2021.

Torsten Bell, chief executive of the Resolution Foundation, said: “The Covid crisis is causing immense damage to the public finances, and permanent damage to family finances too, with pay packets on track to be £1,200 a year lower than pre-pandemic expectations.

“The pandemic is just the latest of three ‘once in a lifetime’ economic shocks the UK experienced in a little over a decade, following the financial crisis and Brexit. The result is an unprecedented 15-year living standards squeeze.

“Yesterday, the Chancellor chose to ramp up his Covid spending to £335 billion. But he also quietly dialled down his spending plans beyond the crisis. For all the talk of ending austerity, its legacy will continue for many public services throughout the parliament.

“While the priority now is to support the economy, the permanent damage to the public finances mean taxes will rise in future. But which taxes those will be, like which Brexit we can expect, are questions the Chancellor left for another day.”

The think tank’s Here today, gone tomorrow report claims that the gap between public and private sector wages is not as large as the chancellor suggested.

“There are a number of ways to estimate the earnings gap, but all show that the public sector pay premium has narrowed over the past decade, having grown during the financial crisis. Indeed, the Institute for Fiscal Studies estimates that it fell to zero in 2019-20,” it says.

“What is clear is that the burden of a pay freeze will not be evenly spread… women are more likely than men to be affected by the freeze, and the devolved administrations, as well as regions in the north of England, have the highest share of affected workers.”

It notes that the 19p increase in the hourly national living wage rate from April 2021 will be the smallest increase since 2013 and lower that it would have been had the pandemic not struck.

“This is thanks to the fact that the government’s target for the NLW is set relative to median pay (specifically, to reach two-thirds of median hourly pay by 2024), and so lower pay growth results in a lower cash target for the NLW,” it says.

“Measures of earnings are currently affected by the loss of pay experienced by some furloughed workers, so it is hard to know exactly where the NLW stands relative to its target path.”

It states that the NLW was above its target path in 2020, and that a 19p uprating in 2021 will “more or less” return it to being on track to reach two-thirds of median pay in the middle of this decade.

This will result in a smaller economy, which will have a “lasting impact on incomes”, says the report. By 2025, real household disposable income (RHDI) per capita is forecast to be 2.7% lower than the OBR expected earlier this year.