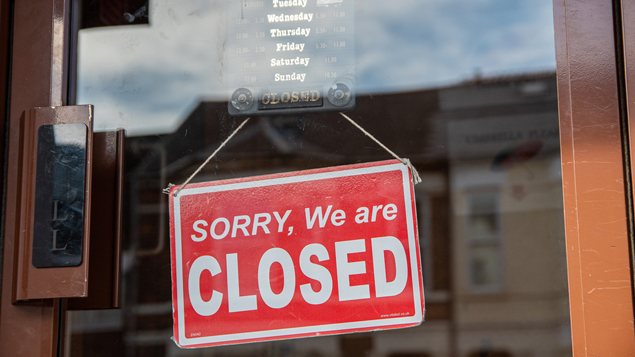 Almost than one in 12 workers at firms that have not stopped trading remained on full or partial furlough just days before the scheme comes to an end, official figures have revealed.

The Office for National Statistics’ latest data release on the impact coronavirus has had on the economy and society shows that 8% of the workforce at organisations that have not permanently stopped trading were still on furlough for the period 5 to 18 October 2020.

Twenty-nine per cent of their staff were working remotely – the highest proportion since the beginning of July – and 60% were working at their normal place of work.

The Coronavirus Job Retention Scheme, or furlough scheme, comes to an end on 31 October and will be replaced with the Job Support Scheme, which sees the government cover a proportion of wages, based on the level of coronavirus restrictions in their area, for staff who have seen their hours reduced or are unable to work.

The replacement scheme has received widespread criticism and many commentators have suggested organisations in regions affected by tier 3 restrictions need more wage support in order to prevent further job losses. Nottinghamshire is the latest region to enter tier 3, with West Yorkshire expected to follow soon.

Frances O’Grady, TUC general secretary, said: “No one should lose their job or be pushed into hardship by the tightening Covid restrictions, but from Saturday the amount of financial support available to workers will fall just as the public health crisis is getting worse. This will result in layoffs without further action from government.”

More than eight in 10 businesses have been trading for more than the past two weeks. Some 4% surveyed have permanently ceased trading, and 9% have paused trading and do not intend to restart in the next fortnight. The remainder have either just resumed trading or plan to do so imminently.

The figures were weighted estimates based on initial analysis of survey data covering 5 to 18 October, which closes on 1 November. Out of 24,315 businesses sampled, 20% had responded by 27 October.

Recruitment activity increased for the seventh consecutive week, but was only 70% of the 2019 average. This is the highest recorded level since 27 March 2020, when the national lockdown had just begun.

Figures supplied to the ONS by Adzuna showed an 11 percentage point increase in the jobs posted in the healthcare and social care category to 106% of the sector’s 2019 average. Job adverts posted for roles in transport, logistics and warehousing decreased by 19 percentage points to 156% of the sector’s 2019 average, although the ONS notes that this industry had seen “high volatility”.

Some 670,000 CVs were uploaded to job site Indeed in October alone, and 2.7 million were posted or refreshed over the past six months. Around 16% of these have come from younger workers with less than a year of professional experience – one of the demographics thought to have been majorly affected by the pandemic.

“[Furlough] preserved millions of jobs that might otherwise have been lost as large parts of the economy were shuttered by the pandemic. But as the scheme ends, thousands of employers and their staff are facing up to a stark reality – many of these jobs simply won’t be viable without the furlough’s support,” said Jack Kennedy, UK economist at Indeed.

“The spike in the number of people uploading a CV, or updating an existing one, on Indeed in October hints at just how steep the cliff edge in job losses could be. Two thirds of a million people kicked off their job search in the space of just a few weeks.

“Meanwhile, those lucky enough to be in relatively secure employment are likely to be hunkering down and not looking to move jobs at the time being. But for those for whom the furlough lifeline is coming to an end, the flurry of CV uploads and updates suggest many either expect to be let go or have started looking for a better role.”