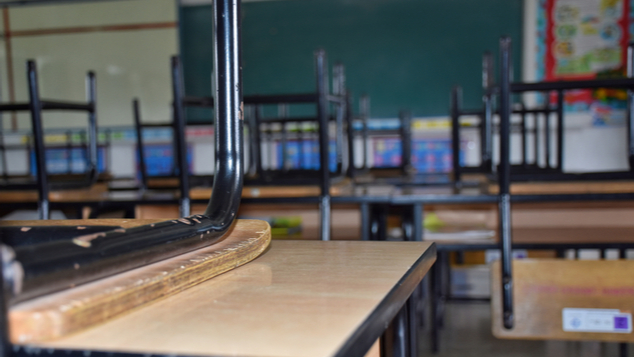 Employers should offer furlough to parents affected by school closures and who lack childcare as a result, the TUC has said.

Many schools across the UK – including primaries and secondaries in London and the South East where the new variant of Covid-19 has spread quickly – remain shut after the Christmas break, and more could follow after several councils wrote to the education secretary urging further closures amid fears of rising infection rates.

The Coronavirus Job Retention Scheme does allow organisations to furlough staff who cannot work due to a lack of childcare, but the TUC is concerned that not all employers are aware that caring responsibilities were an acceptable reason to furlough.

This, it said, could mean many employees would be forced into taking unpaid time off or leave their jobs in order to look after their children.

TUC general secretary Frances O’Grady said: “With many schools closed, many families will be frantically trying to find a way to balance their work and childcare commitments.

“Without further action, many will have no choice but to cut their hours or take unpaid leave from work. This will lead to further hardship and will hit mums and single parents hardest.

“Employers must do the right thing and furlough mums and dads who can’t work because of childcare responsibilities.”

TUC polling published in September found 16% of mums – mostly those in low-paid jobs – had been given no choice but to reduce their working hours due to school and nursery closures earlier in 2020.

The government has come under increasing pressure over the past week to close more schools across the UK to stem the spread of the coronavirus. The National Education Union last week called for all primary schools to move to remote learning for the first two weeks of January, with schools only open to vulnerable children and the children of key workers.

However, Prime Minister Boris Johnson said yesterday that schools were “safe” and urged parents to send primary school children to school if it was open. Secondary schools are staggering their return after the Christmas break.

Labour leader Keir Starmer said it was “inevitable” more schools would have to shut and urged the government to develop a plan for children’s learning and for supporting working parents.

O’Grady added: “The health and safety of school staff, children and parents and the wider community must come first. This government has failed to keep school staff safe in their workplaces.”

The TUC also urged the government to go further and give all parents the right to work flexibly from their first day of employment plus 10 days’ paid parental leave each year. Currently, parents have no statutory right to paid leave for childcare.

Before Christmas, the government announced that the furlough scheme is now scheduled to run until 30 April 2021.