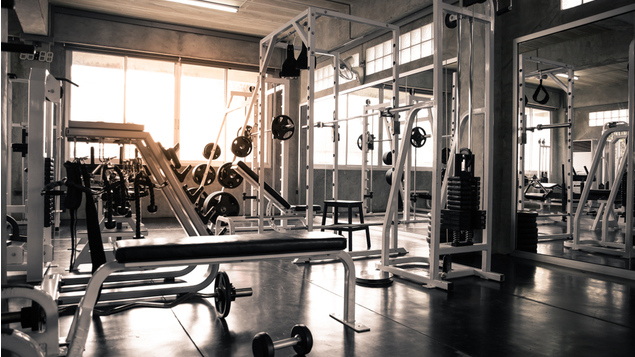 Two female gym employees who were subjected to derogatory comments about their sex by their superior – and were deterred from remaining at the company as a result – have been awarded more than £15,000 in compensation by an employment tribunal.

Miss Veitch, a general manager, and Miss Sobihy, a club host and receptionist, worked in gyms across the North East of England run by Stessa Leisure Holdings. They lodged two seperate employment tribunal claims, but they were discussed side-by-side by the tribunal.

In October 2018 a new business development manager, Mr Whitelaw, was appointed. Within the first few weeks of him joining the company he was claimed to have said he he did not believe women should be in management roles as they “just rabble on and are too emotional” in meetings and “go off on a tangent”.

He was also alleged to have said things would be run differently if he were in charge and said he did not want women in management positions at the company.

Judge Marie Aspden said in the Newcastle employment tribunal’s judgment: “By making this comment Mr Whitelaw was, in essence, saying that women in general, and the claimant and her female general manager colleagues in particular, were not capable of performing management roles as well as men. This was clearly conduct related to sex.

“The comments contained sweeping, derogatory statements about female managers in general as well as direct criticisms of Miss Veitch and the other female general managers which, on any objective interpretation of what Mr Whitelaw said, were linked to the fact that they were female and drew on disparaging stereotypes of women as being ‘too emotional’. We have no doubt that his comments were unwanted by her and that she perceived them as creating a hostile, degrading, humiliating or offensive environment for her and clearly it was reasonable for the conduct to have that effect.”

A male manager told Veitch he had made a complaint about Whitelaw’s comments to the company’s managing director Mr Evans, who was alleged to have dismissed the conversation.

Soon after Whitelaw’s appointment a restructure was proposed which would see general managers and club manager roles – the majority of which were held by women – made redundant, with anyone who wanted to stay at the company required to reapply for new roles, which Whitelaw would be conducting the interviews for.

The staff were given less than 24 hours to decide whether they wanted to remain with the company, the claimants alleged.

Sobihy and Veitch said they did not want to be interviewed by Whitelaw. Despite the possibility of an alternative interviewing manager being raised in the redundancy meeting, this was not offered to either claimant.

Sobihy emailed Evans saying she had decided not to go for the interview with Whitelaw because “I feel that the interview will be discriminated (sic)”. She was made redundant with immediate effect.

Veitch later expressed her concerns to Evans about Whitelaw’s comments about female managers, and was allegedly told she should “choose whose side [she is] on, if [she wants] to stay in the company”. She went on to say that she would not apply for a management role at the gym in Blaydon if she had to be interviewed by Whitelaw but instead would like a new role to be created for her as head of retentions, which was essentially the role she had been doing when she joined the company. Evans agreed and created the role for her.

Before the end of the week, one of the male club host/reception staff had been appointed to the club manager post at Blaydon. He was not interviewed for the post. When asked by the tribunal how the company ensured he had the appropriate attributes for promotion, Evans replied “he’d worked in the club more than three years and had often stepped up”. Two other men, none of whom were existing employees, were appointed in similar roles at other gyms.

At the time of these appointments, one of the female club hosts/reception staff was still on holiday and had not been given the opportunity to apply for these roles.

Later, in November 2018, Whitelaw sent Veitch a private message on Facebook that said: “OMG Sophie – just seen the wedding pics! Didn’t realise you could look so stunning – clearly must be a filter – plus Matty is well punching [referring to ‘punching above his weight’]”.

Veitch was distressed by the comment, which she claimed had caused an argument with her partner. She spoke to Evans and was told a full investigation would be carried out.

A mediated meeting took place between the two parties and Whitelaw apologised for upsetting Veitch, however she told the tribunal she felt this was not genuine. He was alleged to have said the message was just “banter”.

She told Evans she felt she should not work with Whitelaw. Evans said she could escalate the matter to HR, but added that if she took that option it could get “messy”. Veitch felt pressured to make a decision about her future at the company and decided to opt for redundancy.

The tribunal was not convinced that the decision to make Veitch redundant from the general manager role was not related to her sex, and found that the messages Whitelaw sent to her were harassment as he was more senior and they could be perceived as creating a “hostile, degrading, humiliating or offensive environment for her”. It found she had been unfairly dismissed.

It said that Whitelaw’s unwelcome comments about women in management, which deterred Sobihy from remaining at the company, meant that he also harassed Sobihy.