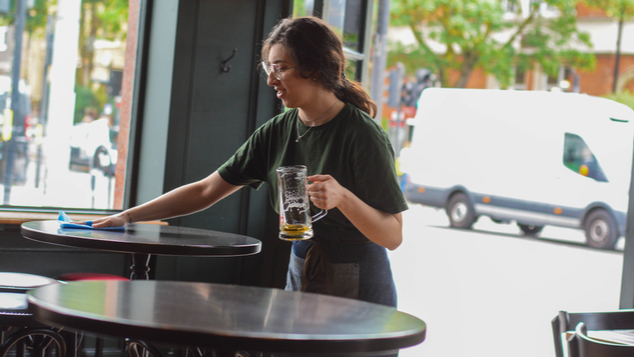 The hospitality and tourism sectors need to challenge their ‘patriarchal’ culture and foster open discussion on gender-related issues if they want to improve gender equality, research has suggested.

A research paper published by the University of Greenwich and the University of Surrey sets out three key recommendations to support female progression and address inequalities within hospitality and tourism firms.

Its recommendations follow a 2019 World Tourism Organization report that claimed women accounted for more than 50% of the global hospitality and tourism workforce but earn 14.7% less than their male colleagues and hold less than a fifth of leadership roles.

The universities’ research paper says firms need to create and foster an open dialogue in which women are able to speak to their colleagues and line managers about gender-related issues and reduce the “stigma” attached to it. This should be facilitated by approaches such as the “LEGO Serious Play” technique, in which groups create LEGO models and discuss their ideas; the mandala technique, a group- or self-awareness art activity; or by using 360-degree feedback.

Staff should also be empowered to discuss gender-related barriers through compulsory unconscious bias training and by a diversity and inclusion lead within their organisation.

Secondly, employers must challenge the “patriarchal norm” in their practices and look at how their progression policies could be altered to reflect both masculine and feminine leadership traits.

Networks of male allies should be formed, with training provided to create a supportive environment for female colleagues, and men should be encouraged to take a greater share of parental leave and childcare responsibilities.

Thirdly, education establishments offering tourism and hospitality qualifications should look at “gender mainstreaming” and “gender specialising” in their curriculums. They should use women who have had successful careers in the sectors as case studies and should teach students about good practice in achieving gender equality.

“Although gender issues have received quite a lot of attention in the past few years, I found there is still too little been done in practice. I believe in tackling the issue of gender equality fundamentally, so we need to have a holistic approach and involves multiple stakeholders working together,” said Wenjie Cai, a researcher from the University of Greenwich.

“We have focused on these three elements because we believe the issues can only be fundamentally addressed through education, [providing a] listening and inclusive environment, and men’s support. Each of these dimensions also connects a series of aspects required to make a change ranging from societal opinions of gender roles, labour division at home, organisational culture and leadership traits, as well as policy-making and legislation.”

Dr Maria Gebbels from University of Greenwich said: “In comparison to other sectors, the hospitality industry has a long-standing history of being male-dominated, traditional, and paternalistic resulting in conflicts of power and gender inequality. Despite women making up 60% of the total industry workforce, they continue being under presented at the senior management, leadership and board levels, although some but insufficient improvements have been observed at the non-executive director level.

“This leads to at least one conclusion that women tend to be employed at the lower, junior-level roles then struggling to break the glass-ceiling to top management positions. Those who manage still belong to a minority.”

The research involved analysing the discussion topics and ideas presented in a “gender issues in tourism and hospitality” seminar that took place in May 2018.

HR roles in hospitality and leisure on Personnel Today