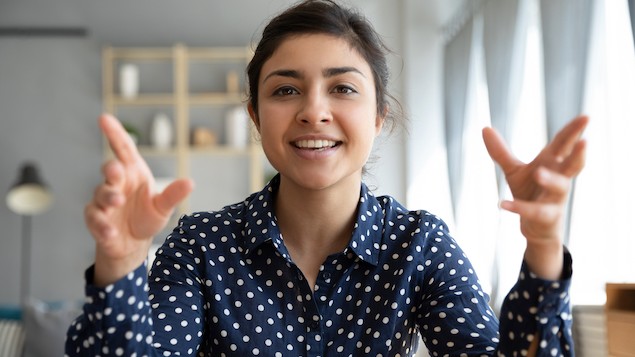 “Proof of productivity has been reduced to attendance at back-to-back Zoom calls.”
Shutterstock

Being productive at work in many organisations means how many video calls you’ve attended. But as we move forward into a new era of work, HR can be the force for common sense, bringing back those water-cooler chats and “unproductive moments” that can spark innovation, argues Martin Lindstrom.

What did you do today? Let me guess. You woke up at 7:40, twenty minutes before your first Zoom meeting. Your Zoom shirt was ready to go for the 149th time. You settled yourself in front of that photo, that artwork, and especially all those books (everyone commented on your sophistication in the beginning, but now your “set” has just faded into wallpaper).

Today you have a goodie bag of calls lined up: seven Zooms, four Microsoft Teams calls, the odd Blue Jeans, and the difficult to navigate Webex. Your meeting schedule includes zero toilet breaks, since the system doesn’t allow for unproductive activities.

At 7:30 pm, as you switch off your day’s last call, you’re exhausted from 11 hours straight of staring into a monitor and talking to a camera lens. Feeling a little guilty, you did sneak out to the bathroom without announcing “I’m going to the toilet now,” only to re-join an in-progress conversation, make a salient point, and then realise that the group discussed what you’ve just said while you were away. Now, you’ve inadvertently reopened a discussion that had already closed.

Here’s the great news. You managed to get some actual thinking done while running two simultaneous Zoom calls. During your second, sixth, and eighth calls, you prepared for your fourth, seventh, and ninths calls (the important calls, with the CEO on the line). You’re not really sure what happened on those calls, as your attention to the PowerPoints might have lapsed a bit.

Proof of productivity has been reduced to attendance at back-to-back Zoom calls and endless streams of PowerPoint and Excel spreadsheets. Common sense, more than ever, seems to have gone missing.

One thing is for sure: your day-to-day personal life and your work life have changed. We struggle to keep hope alive that we’ll soon get back to work.

In my opinion, this hope is naïve. There’s no such thing as “going back” to work. There’s only “going forward” to work.

Here’s the reality. The company boss has had an awakening. Air travel is down nearly 80%, but things keep humming. So, why not shutter most of our office buildings and slash our travel budgets since we’re just as “productive” online.

The word “productive” has acquired a new definition. It now means “the frequency with which we change into a new Zoom shirt.” Let’s copy in the entire world, including a couple of people who have no reason to care but really need to know we’ve never worked harder.

The bottom line is this. The temptation to save costs will be (or already is) so profound that side effects of the long-awaited miracle vaccine may include failing culture, burnout, lack of purpose, lack of focus, and misunderstanding of the true meaning of productivity.

And how should we know any better? When you were in school, did anyone teach you how to keep smiling in your eleventh straight hour of talking to a lens? Or how to motivate thousands of people from your bedroom? Or how to find a purpose in life while your purpose seems to be vanishing?

Perhaps it’s time to re-introduce some common sense into the picture. While writing my book, The Ministry of Common Sense, I realised there’s a direct correlation between common sense and empathy.

This might be the moment HR has been waiting for all along.”

Empathy is the ability to place yourself in the shoes of another person, not only seeing what he or she is seeing, but also feeling what the other person is feeling.

You felt empathy two minutes ago, as you read the opening of this article. You’re not alone in experiencing that sense of dread, drain, and demotivation. I’ll bet that close to 70% of the global workforce, stuck behind those screens, feels the same.

Here’s the fact that should concern us all. Last time I checked it out, Microsoft Team didn’t have a “culture button”– though I’m sure some genius is working on it.

Those watercooler moments, the long-gone cigarette break, those chatty minutes before the meeting begins, the post-meeting half hour in the canteen — all these, despite their reputation as time wasters, served a purpose. Timesheets struggle to seize and cash in on those “unproductive moments,” but those moments often have an impact greater than time spent attending meetings, sitting in on town-halls, and reading company newsletters.

We’ve lost all of these. Now, who’s responsible for recognising their true value and, with the “forward to work” mindset, reshaping, redesigning, reinventing, and reintroducing them into the new workplace?

This might be the moment HR has been waiting for all along. HR departments began appearing in the early 20th century, with the best intentions of facilitating human and physical interactions. Over the years, some would claim that HR has evolved into a semi-legal function, dedicated to hand-washing for their companies. For sure, there are exceptions. We have HR managers calling themselves “change agents,” “culture officers”, or even “people officers”.

As Charles Darwin once said, “It is not the strongest of the species that survive, nor the most intelligent, but the one most responsive to change.”

I wonder if now isn’t the time to transform the HR role, to take the lead, to help employees redefine their own roles, their sense of purpose … indeed, their lives. To bring common sense back into the game by seeing and feeling the world through employees’ eyes and helping everyone get “forward” to work.

Martin Lindstrom’s latest book, The Ministry of Common Sense: How to eliminate bureaucratic red tape, bad excuses, and corporate BS, is out on January 21, 2021.