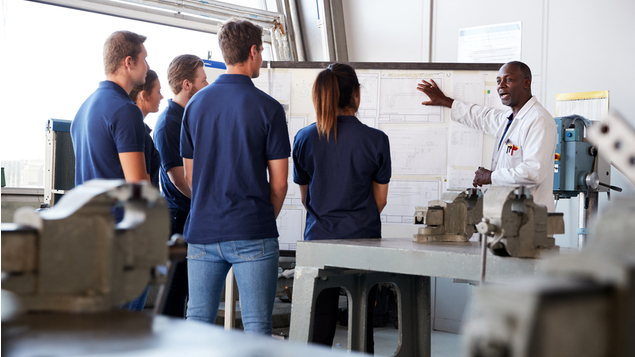 Just 46% of employers plan to hire new workers aged 16 to 24 in the next year, despite the government’s youth employment push.

This is according to the CIPD, which found employers had “poured cold water” over the government plans to incentivise organisations to take on young trainees and apprentices.

As revealed in the government’s Plan for Jobs, firms that offer a six-month job placement for at least 25 hours per week to young people at risk of long-term unemployment will receive £1,500 to help pay for support, training and set-up costs.

Employers that offer traineeships will be given £1,000 for each learner they take on, up to a maximum of 10 trainees per organisation; while firms that hire a young apprentice will receive £2,000 or a £1,500 bonus for hiring an apprentice aged 25 or over, on top of existing incentives such as £1,000 for taking on a 16 to 18-year old apprentice.

However, a CIPD-commissioned survey of 1,006 senior HR professionals found only 8% who were not planning to offer traineeships before were considering doing so now, and only 5% said the same for apprentices.

Just 6% of firms previously planning to offer traineeships were looking to scale up their programme in response to their announcements and only 7% who planned to recruit apprentices would take on additional apprentices.

The CIPD’s Covid-19 and the youth labour market report suggests there is limited awareness of traineeships. Some 35% of respondents had not heard of them despite their introduction seven years ago, while only 8% had good knowledge of them.

The Kickstart scheme received a more positive response from those polled: 32% said they were interested or somewhat interested in it.

Lizzie Crowley, senior skills adviser at the CIPD, said: “Employers and the government need to meet each other halfway to improve employment prospects for young people who’ve been hit hardest by the pandemic.

Employers and the government need to meet each other halfway to improve employment prospects for young people who’ve been hit hardest by the pandemic” – Lizzie Crowley, CIPD

“On the one hand, our report makes it clear that the government’s incentives to improve apprenticeships don’t gar far enough, particularly given that many employers don’t have a strong track record on them. Equally, not enough employers are aware of traineeships to take advantage of the incentive on offer.

“On the other hand, employers also need to look beyond graduates and rethink how they are investing in, and developing, young people. Not only can apprenticeships and traineeships be a great way of creating a young talent pool but, at a time when there’s a jobs crisis, they can give young people a much-needed foot in the door.”

Twenty-eight per cent had not recruited an education leaver into a first job in the past two to three years. However, 51% had taken on a university graduate and 43% had hired a college leaver.

The CIPD’s report recommends that:

“The HR community will be critical to the success of Kickstart and other government initiatives, and to ensuring that the placements work not just for the young people involved but also, importantly, for the business,” the report concludes.