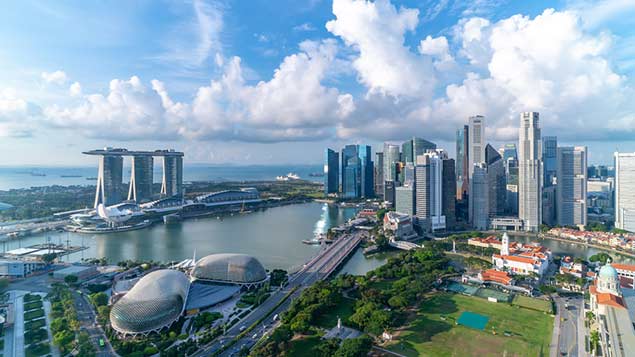 Boris Johnson is meeting business leaders today on plans for the UK to become the “Singapore of Europe”
Photo: Shutterstock

A senior employment law specialist has put the onus on employers to maintain workers’ rights in the event of the government rowing back on them in the post-Brexit environment.

Employment partner Kelly Thomson at international law firm RPC said that if ministers were to dismantle working time restrictions – an allegation made last week in the Financial Times which business secretary Kwasi Kwarteng has denied – businesses would have some tough decisions to make that would affect their ability to attract top talent.

She said if the working time restrictions were to be diluted, “UK employers will have to make an important choice. That choice depends on how the economic and social consequences of that dilution will influence the employment market.

“Some employers may decide to voluntarily honour working time limits, believing the benefits to their people and themselves outweigh that of apparent flexibility.”

Thomson pointed out that safeguarding a person’s working hours was an issue for risk management and would preserve career opportunities for them. “After all,” she said “how productive are employees working to their limits and what operational risks flow from that?”

By providing an “organisational floor of rights” – to replace one removed by the state – those businesses, added Thomson, that chose security and availability of job opportunities over financial flexibility, would be better placed to succeed in the “war for talent”.

Today, Boris Johnson is meeting 30 senior business leaders about topics such as “regulatory freedoms” and reforming EU rules amid plans to make the UK the “Singapore of Europe”. And last week, the Financial Times reported that some workers’ protections and rules brought in under EU’s Working Time Directive – including the 48-hour limit on the working week, rules on rest breaks, and the inclusion of overtime pay in holiday pay calculations – could be amended by government.

Thomson said that the loss of time limits and certain other protections could have the opposite effect to the one the government intended and could add to the deficit. “Without working time limits,” she said, “we may see increased pressure on the public purse, the very thing the government wishes to avoid. Workers who are worried they cannot balance working hours demands with their own wellbeing and caring responsibilities will feel less secure in their jobs. Without that security, do workers spend less within our economy?

“Also, if workers, especially vulnerable workers or those with caring responsibilities, leave as consequence of new demands, what is the consequence of that decision on our society and economy? How does this social and economic cost compare to the perceived financial benefit of flexibility?”

Mental health was an issue all companies were seeking to address, she said, so workers unable to balance competing demands, flowing from the additional pressures, may, ultimately, leave the workforce. “The government will not be able to avoid taking a position on these difficult questions.”