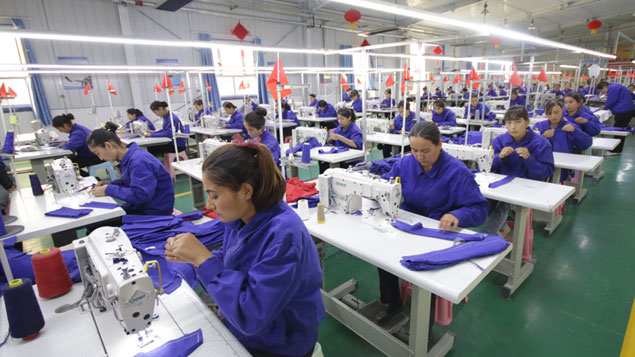 The extent to which UK businesses are exploiting the forced labour of Uyghurs in the Xinjiang region of China will be investigated by MPs in an inquiry probing the use of forced labour in UK supply chains.

It will also make recommendations about what more the government can do to ensure businesses and consumers in the UK do not perpetuate the forced labour of Uyghurs.

The MPs are inviting written submissions before the hearing that will help it determine the extent to which the products of forced labour in Xinjiang are reaching UK supply chains and to establish how aware businesses are of the risk that their activities may support forced labour.

It will also seek information on which Chinese firms are operating in the UK that are complicit with the treatment of the Uyghur people.

BEIS will hear opinion on whether existing legislative and audit requirements for businesses in the UK are sufficient to prevent them from contributing to the human rights abuses experienced by Uyghurs.

It will seek views on what further action it should take to eradicate forced labour from the supply chain of goods and services sold in the UK.

Nusrat Ghani, Conservative MP for Wealden and lead BEIS committee member for the forced labour in UK value chains inquiry, said: “There are concerning accounts that many products sold in the UK can be traced back to forced labour at camps in China. I hope this inquiry will help to get a clearer picture of the extent of this problem and explore issues around businesses and the transparency of their value-chains and also what steps the government could take to ensure that businesses and consumers in the UK do not perpetuate the forced labour of Uyghur.

“I also hope our evidence-gathering about the role of British business will help inform the Foreign Affairs Committee’s wider work investigating the mass incarceration of Uyghurs in Xinjiang.”

In January, a government trade minister held a one-on-one meeting with a facial recognition firm accused of enabling the Chinese government’s campaign of persecution against Uyghur Muslims, the Bureau of Investigative Journalism revealed with the Guardian.

Graham Stuart, a minister at the Department for International Trade (DIT), met representatives from SenseTime, a Hong Kong-based surveillance technology firm, on 11 June last year to discuss the use of artificial intelligence and data in higher education.

And in July international brands were urged by campaigners to cut ties with suppliers “implicated in the forced labour” of the Uighur people.

About 180 civil rights groups joined together to ask businesses to stop sourcing cotton, yarn, textiles and clothing from Xinjiang, and to prohibit supplier factories based outside Xinjiang from using Uyghur or other ethnic minority workers.

Nike, Uniqlo, H&M and Adidas were among the companies named by Coalition to End Forced Labour in the Uyghur Region but denied they sourced goods from Xinjiang. They stated that they required their production partners to adhere to their companies’ codes of conducts, which covered human rights and workers’ rights.

Witnesses at the BEIS hearing are likely to include representatives from the UK fashion industry and from Chinese businesses operating in the UK.

The closing date for submissions to the inquiry is Friday 23 October.