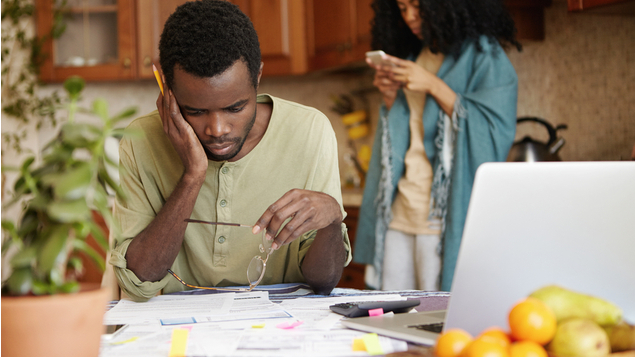 Part-time, low-paid and ethnic minority workers are among those struggling most to stay afloat during the current economic crisis, but almost 13% of people experienced in-work poverty even before the pandemic hit.

This is according to the Joseph Rowntree Foundation (JRF), which calls for government action to get as many people as possible in “good” jobs and to improve earnings for low-income workers.

Its UK poverty 2020-21 report finds there has been little change in overall poverty levels for more than 15 years, with 14.5 million people – including 8.4 million working age adults – in poverty in 2018/19.

In-work poverty is higher for black, Asian and minority ethnic workers than white workers, and is highest for Pakistani and Bangladeshi workers, at about 34%. This is partly due to the type of sector they work in and the fact they are more likely to work part-time, the report says. There is also a higher prevalence of self-employment in these communities.

Single parents continue to have the highest in-work poverty level of all family types. They are more likely to be women, working in a low-wage sector, working fewer hours, and restricted by childcare and transport.

JRF notes that the tide began to turn last year when people benefitted from temporary increases to benefits during the pandemic, but poverty levels are predicted to rise once again due to job losses.

It says: “The period since July 2020 has been marked by a gradual reduction of government support through the labour market and benefit system, with much of the support planned to be withdrawn by April 2021. This means relative poverty is likely to be higher than before the coronavirus outbreak, with families who are already struggling to stay afloat becoming even worse off financially.

“These increases in poverty will be mainly among working-age families as they will be affected by the negative labour market changes. The government needs to do the right thing and keep supporting people on low incomes. If it takes the lifeline away, people will be cut adrift and pulled deeper into poverty.”

Its recommendations for the government include: