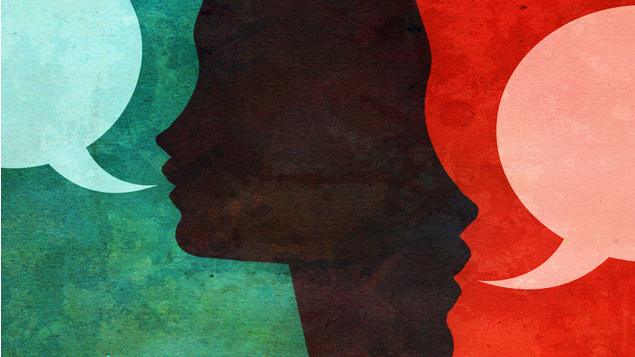 There is little doubt that employees should bring their whole selves to work, but it would be naïve to think that candidates with strong regional accents are not conscious of the potential biases surrounding the way they speak. Ali Hackett shares some ideas for reassuring candidates.

The French parliament recently passed a law making it illegal to discriminate against anyone based on their accent, shining a light on this little-considered aspect of discrimination.

The creation of the law followed an embarrassing moment for French politician Jean-Luc Melenchon, who was asked a question at a press conference by a reporter with a strong southern French accent. The reporter was met with this withering response; “Can someone ask me a question in French? And make it clearer?”

In the UK, people from Birmingham to Bristol and every region in between, plus people born overseas, regularly feel judged for their accents. A survey from Queen Mary University of London found that those from Birmingham and Liverpool suffer the most, together with people who have Indian or Afro-Caribbean accents.

Teachers have had to tone down their distinctive styles of speech in order to feel respected in the classroom, while people with strong accents often suffer bullying at university and lose out on promotions at work.

Drilling down on the difference

For many years the prevailing wisdom has been that it is simply harder to understand someone with accented speech, and so our brains instinctively reject the extra work required, and with it the person.

Other research shows that because of this difficulty in processing, we are less likely to believe what a heavily-accented person says.

So, what can be done to combat these biases? I’d like to think we are now beyond the idea that it is the responsibility of those with accents to erase them – although there are still plenty of elocution lessons available for those who really want to adopt the clipped Received Pronunciation tones of a 1950’s BBC radio announcer.

I would argue that having a diversity of speaking styles within the workplace is one more facet of the kind of cultural inclusivity that is now proven to enhance productivity. I know that people from certain ethnic backgrounds self-censor in the workplace in order to adopt more traditionally ‘corporate’ ways of communicating, but this has a heavy cost to their creativity. Surely a better route is to encourage everyone to bring their true selves into the office so that we can all benefit from the originality of their approach?

The irony is that the past ten months of pandemic-forced virtual recruiting has gone some way to addressing this need to iron out the effect of verbal difference.

Digital techniques that were considered radical just a year ago have now been normalised in the new era of maximised home working. Now the pressure to physically be at an interview has been largely removed, this gives a lot more confidence to applicants who might have stronger accents, and in effect boosts the element of ‘blind’ recruitment.

For example, organisations that start the application process with a live chat facility give their candidates much more power because they can retain their anonymity for this phase. They can ask questions, listen in to others and gather information slowly before having to fully engage. Chatbots – apps that can simulate conversation – can also be used to guide the less confident through the recruitment process, nudging and reassuring them where necessary.

For candidates who know that their accents may be noticed and reacted to, organisations have the chance to reassure them about their inclusive culture and hopefully encourage them to formally apply.

One of the most powerful ways we can give confidence to candidates who speak with non-native or regional accents is to offer them visibility of role models within an organisation – literally people who sound like them.

This is where virtual events can really show their worth. By setting up a virtual facility that allows candidates to talk to current employees who come from the same communities, we can offer them a substantial advantage – the gift of confidence that they do, in fact, belong here.

For candidates who know that their accents may be noticed and reacted to, organisations have the chance to reassure them about their inclusive culture and hopefully encourage them to formally apply.”

We also need to help recruiters be more aware of their biases in this area and work around them as they process new applicants. One interesting new way to tackle this is software that weights candidates according to their experiences in life, rather than just their exam results.

So someone with a strong degree from Oxford University might actually score lower than a candidate with slightly lower grades but who grew up and went to school in a deprived northern area of England. The idea is that the latter candidate has already had to battle greater disadvantage (probably including a strong accent) and so may well offer greater potential.

We’re all on a learning curve, but I’m excited by the opportunities that digital tech is now offering us in this area. Because we all benefit when the pool of talent is expanded.