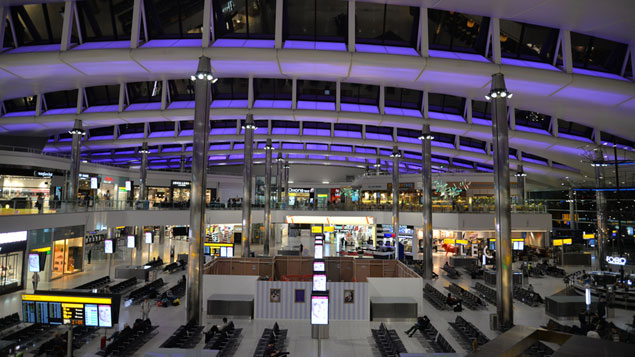 New government figures show that far fewer migrants have applied for, and been granted visas to work in the UK in the past few months.

The decline in applications, caused by a combination of Covid-19 travel restrictions and Brexit, has created a glut in the number of visas now available.

To employ skilled workers from overseas, UK firms must be approved by the Home Office, which issues a Certificate of Sponsorship (CoS) for each approved migrant worker.

In 2020 the government earmarked a total of 20,700 certificates, which are allocated monthly. Unclaimed CoS are carried over from month to month. The new statistics released this week show the number of certificates available has risen steadily throughout the year, indicating that less migrants are coming to the UK.

Numbers of available CoS rose sharply from July. For August and September, the balance of certificates available was 5,693. For October, the number rose sharply to 7,555 and for November the figure rose again to 7,805.

Experts attribute the lack of allocations to the collapse in air travel caused by coronavirus and quarantine restrictions, but also the impact of changes to the immigration law in the UK that come into effect from 1 January 2021.

They believe some employers are holding off from applying for new certificates to take advantage of new immigration regulations that come into force after 31 December this year.

Under the new rules the quota system will be dropped and the salary threshold at which skilled workers from overseas can be employed will be lowered. The resident labour market test, which requires employers to advertise jobs in the UK to allow settled workers to apply, will also be abolished.

There is also a predicted surge in the coming weeks as UK employers scramble for Tier 2 sponsor licences to recruit non-EU and EU staff once the UK leaves the EU and free movement ends.

Diana Todirica, head of operations at immigration specialist A Y & J Solicitors, said: “The decrease in certificates issued is mainly due to the pandemic, but for October and November the decline might also be due to the new statement of changes where the salary is dropping for sponsorship for anyone applying January 1 next year.

“Companies may also have put their recruitment on hold to start benefiting from the new sponsor worker visa where no RLMT will be required and where there will be no quota on the number of CoS.”

Chetal Patel, partner at Bates Wells, agreed with Todirica: “Our UK immigration system has been in a state of flux since the pandemic hit. Many organisations have had recruitment freezes so this would have undoubtedly had a knock on effect on the number of certificates of sponsorship left spare each month.

“A number of our clients have also been waiting patiently for the launch of the new immigration system on 1 December 2020 [to be in place for all non-British citizens arriving in the UK on or after 1 January 2021]. The system is expected to be faster and more streamlined. Employers won’t need to wait for a monthly panel to grant a CoS allocation which means time savings for them of potentially four weeks.