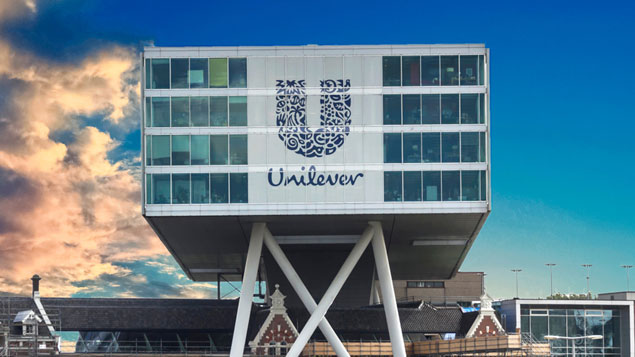 Unilever’s chief executive has said his company’s office workers will never return to five days a week behind an office desk and that all its employees should be vaccinated against Covid as soon as they have the opportunity.

Alan Jope told the virtual Reuters Next conference yesterday (Wednesday 13 January) that Unilever would be shifting to different patterns of working after the Covid crisis had shown that it could adapt to flexible working quicker than it had thought possible.

Jope added he did not expect office workers across western Europe and north America to return to offices until at least April, and was confident that Unilever would use a hybrid model of working between homes and offices after that.

This would entail permanent change for many of its 7,000 employees in the UK, and 143,000 elsewhere in the world.

He said: “We anticipate never going back to five days a week in the office. That seems very old-fashioned now.”

In addition, he added, the company’s experience of the pandemic had revealed it did not need to be as hierarchical as it had been previously.

Jope, however, recognised that the inability of colleagues to meet in person had led to a “slow erosion of social capital”, echoing the fears of many businesses over the impact on training and innovation where people were not able to collaborate so effectively.

He said he would “strongly” encourage Unilever workers to get vaccinated as soon as possible, and that the company would help make vaccines available to all employees, “in a very principled way”. There would be no mandatory testing though, he added.

“We want to make sure that vaccine hesitancy is not alive and well in Unilever,” said Jope.

At the end of November 2020, Unilever announced that it was about to start a year-long trial of a four-day week at its offices in New Zealand with the aim of changing the way work was done, that wouldn’t involve increasing the hours worked over four days.

The consumer goods giant behind brands as diverse as Marmite, Domestos and TRESemmé has 81 staff participating in the trial, paying them for five days while they work only four.

Unilever has also instigated a seven-year project to change its culture and make it easier for employees to talk about their mental health in an effort to boost wellbeing among workers.