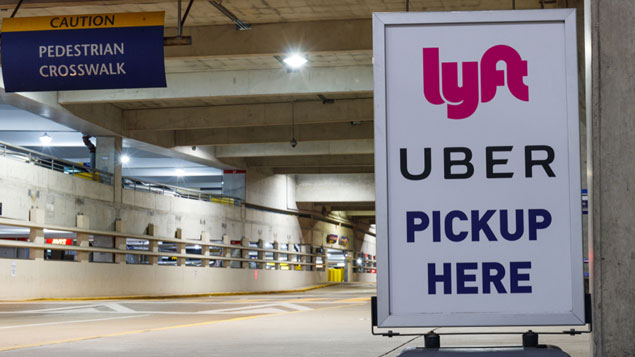 In a ballot somewhat overshadowed by the US presidential election, which took place on the same day, California voted to exempt Uber and Lyft drivers from being classified as employees.

Proposition 22 (a kind of referendum that can be brought about by writing a proposed law as a petition, and submitting it to the California attorney general), was held on 3 November, giving California voters a chance to decide the status of the firms’ workers.

Uber and Lyft said that if the proposition was passed they would improve working conditions for drivers who would retain their status as contractors. The vote was won by 58% to 41% with about seven million voting for the proposition and five million (grouped in counties on the northern Californian coast) against.

The vote means drivers who work for app-based transportation and delivery companies will not be classified as employees and was seen as Uber and Lyft’s last hope in the state to continue their operations under the status quo.

The companies had faced a lawsuit from California’s attorney general, accusing them of violating the state’s new labor law, AB5.

Because of the pandemic, Uber and Lyft drivers around the US have suffered financial hardship and have had to either continue working with fewer customers or rely on unemployment benefits from state systems that have struggled to keep up with backlogs and pay out full benefits.

A report conducted by the UC Berkeley Labor Center in May 2020 found Uber and Lyft would have paid $413m into California’s unemployment benefits system if drivers had been classified as employees rather than independent contractors.

California is among many US states struggling to maintain funds for unemployment insurance funds.

Both app-based ride firms had threatened to cease operating in Calfornia during the summer.

The victory for the gig economy giants could well be replicated in other US states and may yet have an influence on legal proceedings worldwide.

To achieve the Proposition 22 success, Uber and Lyft – which have yet to turn a profit – spent $205 million on campaigning. This, said Veena Dubal, professor of law at the University of California Hastings Law, effectively created “a political template for future anti-democratic, corporate law-making.”

Uber CEO Dara Khosrowshahi said the company would “more loudly advocate for laws like Prop 22” throughout the US and worldwide.

He said: “With this vote, drivers and delivery people will get what so many of you have been asking for: access to benefits and protections, while maintaining the flexibility and independence you want and deserve.

“The future of independent work is more secure because so many drivers like you spoke up and made your voice heard – and voters across the state listened.”

Companies shouldn’t be able to buy elections. But we’re still dedicated to our cause and ready to continue our fight” – Gig Workers Collective

Lyft chief policy officer Anthony Foxx said: “California voters have spoken, and they stood with more than a million drivers who clearly said they want independence plus benefits. Prop 22 is now the first law in the nation requiring health, disability and earnings benefits for gig workers.”

Campaigning workers’ rights group took a different view with Gig Workers Rising stating: “Billionaire corporations just hijacked the ballot measure system in California by spending millions to mislead voters. The victory of Prop 22, the most expensive ballot measure in US history, is a loss for our democracy that could open the door to other attempts by corporations to write their own laws.”

The Gig Workers Collective wrote: “We’re disappointed in tonight’s outcome, especially because this campaign’s success is based on lies and fear-mongering. Companies shouldn’t be able to buy elections. But we’re still dedicated to our cause and ready to continue our fight.” It added that although gig workers don’t have the legal protections to organise or unionise, they still have found ways to build worker power and fight back.

The San Francisco Chronicle highlighted in its coverage of the vote one of the factors that swayed Californians: “For the average Californian, the biggest impact may be what goes away: TV shows will no longer be studded with a barrage of Prop 22 commercials and mailboxes will no longer be stuffed full of glossy flyers, now that the gig companies have finished spending their record $205.7 million to pass the measure.”

The Chronicle calculated that the gig economy firms spent about 10 times what unions and campaigners spent on persuading voters.

However, although drivers will continue using the apps in the same way despite not being employees, they have gained some protections. Proposition 22 entitles them to an earnings guarantee, a health care subsidy if they work enough hours and some coverage for on-the-job accidents.

The Chronicle added that the Democratic presidential ticket of Joe Biden and Kamala Harris opposed Proposition 22.

The Democrats support a bill called the PRO Act that would amend labour laws in a way similar to California’s AB5, making it harder for companies to claim that workers are independent contractors.

Under a Biden administration, the National Labor Relations Board would be more likely to be sympathetic to the stance of unions rather than that of gig-work companies.