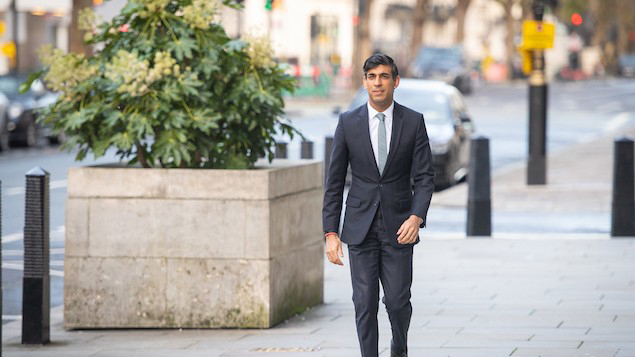 Working from home will not be the ‘new normal’ in a post-Covid world, chancellor Rishi Sunak has told a podcast for business newspaper City AM.

Sunak said that although a number of major employers including Lloyds Banking Group, HSBC and Standard Chartered have announced a more permanent move to home working for the majority of staff, the fact that humans are “social animals” would drive a return to city centres.

“We crave that interaction, we like going to theatres, to galleries, to restaurants, to see our friends, to see our work colleagues and have that spark of ideas that happens,” he told City AM’s The City View podcast.

“I think all of that will come back and it’s a good thing that it does, because it makes our lives richer and our cities greater engines of economic growth.”

Sunak said that, on a personal level, he had been moved by walking around the financial centres of London such as the Square Mile and Canary Wharf and seeing them so empty.

“I think it’s just so sad over the past few months, when we were able to walk around London, and it would be the same in many cities, and you just see what has happened and life has disappeared and gosh it’s sad,” he said.

Sunak said the “buzz, vitality and creativity” were missing and that he believed this would return. “All of that will come back and it will be a good thing that it does.”

He added that he was “incredibly sad” that despite the billions the Treasury has spent on job and wage support schemes such as furlough and business loans, he could not “save every job, I can’t save every business, it’s simply not possible”.

Chief medical officer Professor Chris Whitty warned today (11 January) that the UK is set to enter “the most dangerous time” of the pandemic and ministers will review lockdown restrictions to ensure they are strict enough.

The government’s current advice is to work from home where possible, although the list of people allowed to attend work in person is longer than during last year’s April lockdown, including elite sports people, dentists and estate agents.

These restrictions are expected to last until March or April, and a broader return to offices is unlikely to be realistic until a large proportion of the population has received one of the approved vaccines.

HR opportunities in the private sector on Personnel Today