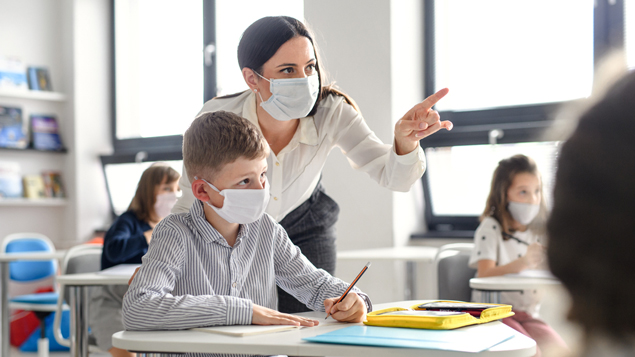 The government’s decision this week to embark on a third national lockdown and close primary and secondary schools in England did not come a moment too soon, as research has suggested Covid-19 infection rates among teachers were in some areas as much as 333% higher than the general population.

Figures from the teaching union the NASUWT and published in the education magazine TES have suggested that Covid rates among school staff in some areas were as much as four times the corresponding local authority average.

The figures cast doubt on the government’s repeated assertions that schools are safe and that teachers are at no greater risk of infection than other workers, said TES.

The data looked at average Covid prevalence rates (per 100,000 people over seven days) for school staff compared with their local authority as a whole for a period during the autumn term.

In Leeds, the rate for secondary school staff was more than four times that of the general population, or 333% higher.

The prevalence rate was, on average, 1,089.5 for primary staff and 1,750.5 for secondary staff, compared with 404.3 for the local authority as a whole for the period 19 October to the week ending 20 November.

In Birmingham, the rate among school staff was more than three times higher than the local average, at 1,146.1 for primary staff and 1,027.2 for secondary staff, compared with 312.2 for the local authority as a whole.

In Greenwich, south London – where schools were threatened with legal action before Christmas by the Department for Education for trying to close early because of high infection rates – the prevalence rate was also significantly higher for school staff.

On average, it was 264 per 100,000 for staff across primary and secondary schools, compared with 98 for the local authority as a whole.

Patrick Roach, NASUWT general secretary, told TES: “There are real questions about the government’s assertions – continuing assertions – that schools are low-risk, and that they are safe.”