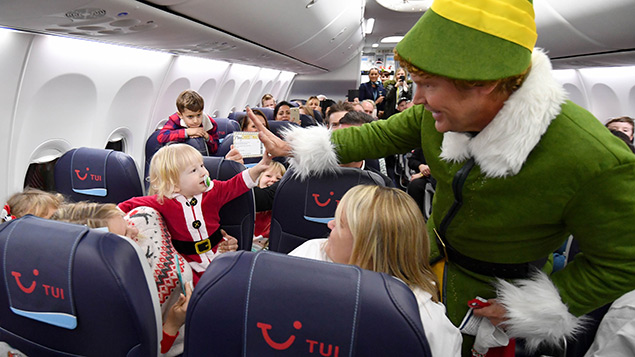 Tour operator Tui’s decision last month not to furlough seasonal workers attracted criticism not only from its workforce, but also a group of concerned MPs. James Froud examines the legal considerations

Throughout the pandemic employers have had to make difficult decisions around the amount of support offered by government. Some have decided to claim grants from the Coronavirus Job Retention Scheme (CJRS), only to hand it back later upon realising that they were having a better-than-anticipated 2020. HR leaders have faced unprecedented choices.

Politicians criticised Tui for not taking advantage of the CJRS and therefore failing in its duty of care as an employer to “ensure [employees] are not abandoned during the winter months with no income and next to no prospect of obtaining a second job”.

For its part, Tui has said it intends only to use the CJRS where it supports active and viable roles, which it does not consider applies to cabin crew on PPY contracts given the current lack of demand for flights.

It is first necessary to understand the purpose of the CJRS. This is enshrined in an HM Treasury Direction, the legal instrument underpinning the scheme, which states:

“The purpose of CJRS is to provide for payments to be made to employers on a claim made in respect of them incurring costs of employment in respect of employees who are within the scope of CJRS arising from the health, social and economic emergency in the United Kingdom resulting from coronavirus and coronavirus disease.

“Integral to the purpose of CJRS is that the amounts paid to an employer pursuant to a CJRS claim are only made by way of reimbursement of the expenditure incurred or to be incurred by the employer in respect of the employee to which the claim relates whose employment activities have been adversely affected by the coronavirus and coronavirus disease or the measures taken to prevent or limit its further transmission.”

In other words, the CJRS is there to encourage employers to retain staff whose jobs might otherwise be lost by reason of the pandemic. The Direction is also explicit that payments made under the scheme are only for the purpose of the CJRS and that no CJRS claim may be made in respect of an employee if it is contrary to the exceptional purpose of the CJRS.

In simple terms, employees qualify for furlough if they have been instructed, by reason of Covid, to do no work in relation to their employment, or not to work the full amount of their usual hours.

PPY contracts might be viewed as a hybrid of the much-maligned zero-hour contract. They are useful for businesses that experience large fluctuations in seasonal demand, enabling them to retain staff (and skills) on permanent contracts without having to guarantee work (or pay) during quieter periods of the annual cycle; ideal for airlines at Christmas.

Against this backdrop, Tui’s position looks entirely reasonable. If, as seems likely, the cabin crew in question are never guaranteed work (or payment) during the winter months and demand for flights has shrunk such that their services are simply not required, it is difficult to see how Tui can make a claim consistent with the purpose of the CJRS, since Tui has no reason to incur expenditure in relation to those individuals.

Furthermore, even though the employees may have been paid during the requisite period, so as to meet one limb of the qualifying criteria, they have not been instructed to reduce their working hours, as these are not guaranteed in any event. Accordingly, it is debatable as to whether they are in fact eligible at all for furlough.

But let us pretend that Tui was perfectly within its rights to claim the furlough allowance. Would its refusal amount to a dereliction of duty? The answer is an emphatic “no”. Making use of CJRS is entirely a discretionary matter for employers; there is no obligation.

Moreover, while employers undoubtedly do owe duties of care in relation to employees’ wellbeing, that does not extend to remunerating them purely out of the goodness of their hearts. “Abandoning” employees, no matter the time of year, with no income is acceptable if they have no right to payment during that period.

The risk of adverse publicity must also be considered, particularly given reports that Tui has already benefited from €2bn in German state aid and requested a further €1.8bn, just to stay afloat. To make a questionable claim on British taxpayer funds as well could leave Tui vulnerable to the court of public opinion, especially in light of a recent addition to the CJRS requiring HMRC to publish information identifying employers who have received payments under the scheme and the amounts claimed.

Viewed objectively the parliamentary criticism of Tui is curious. One is drawn to ponder whether these are the same MPs who denounced football clubs earlier in the year for – quite legitimately – looking to utilise the CJRS (and in most cases were forced by popular outcry to withdraw the claims).

Furlough, it seems, has become an emotive subject in polarised times. It seems Tui faced one of the year’s many Covid conundrums and was always going to face criticism. Damned if you do and damned if you don’t.