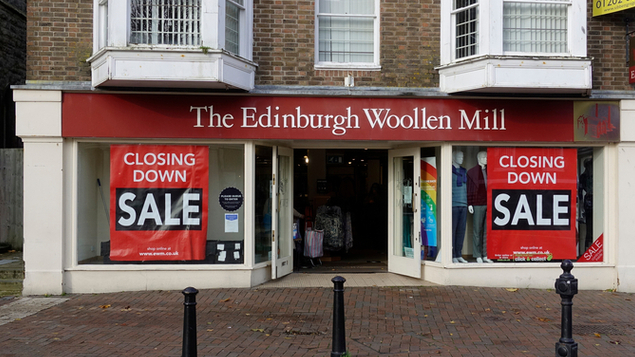 Edinburgh Woollen Mill, Bonmarché and Ponden Home have been bought out of administration, safeguarding almost 2,000 jobs.

Some 531 jobs at Bonmarché – across 72 stores, head office and its distribution centre – have been saved, but the future of 148 stores is uncertain, with staff remaining on furlough.

Tony Wright, joint administrator and partner at FRP, which was appointed by EWM Group and Ponden Home last year, said: “With such little visibility on future trading conditions in UK retail, we regret that not all of Edinburgh Woollen Mill and Ponden Home could be rescued. This has resulted in a significant number of redundancies at a particularly challenging time of year and period of economic uncertainty.”

Damian Webb, joint administrator and partner at RSM Restructuring Advisory, which had been handling Bonmarché’s administration, said: “The business has been widely marketed and the sale protects the core business. Against a challenging retail environment, we are now focused on protecting the remaining estate and the associated employees.”

Earlier this week Marks & Spencer announced its acquisition of the Jaeger fashion brand from EMW Group. Jaeger fell into administration with Peacocks last November. The deal covers the brand only, and not its shops and concessions.

According to the Centre for Retail Research, almost 180,000 retail jobs were lost in the UK in 2020 – making it the worst year for retail job losses in 25 years.