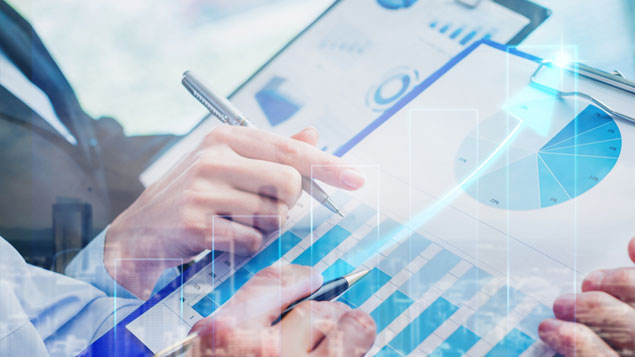 Working a four-day week on full pay is a perfectly viable way of tackling the UK’s relative lack of productivity and improving health and wellbeing among employees, an in-depth study has found.

The report, by progressive independent thinktank Autonomy, analysed profitability statistics from more than 50,000 UK firms and used hypothetical scenarios to gauge the impact of an imposition of a four-day week. It found that a four-day week was affordable for most firms of over 50 employees.

The Day After Tomorrow report suggested that under a best-case scenario, a reduction in hours would be entirely offset by increases in productivity and price increases. It also promoted the idea that even under a worst-case scenario a four-day week with no loss of pay would be affordable for most firms once the initial phase of the Covid-19 crisis had passed. Industries with high labour costs could experience cashflow problems if the four-day week were implemented too rapidly, it said.

Autonomy recommended that the public sector should lead the way in adopting shorter working hours and trade unions should be given a stronger voice to negotiate working time reductions in their specific sectors.

Expectations and behavioural norms could take time to change, the study conceded, but this process could be accelerated by the creation of more bank holidays, and the reintroduction of pro-union legislation. It stated: “Even if a four-day week in the private sector took longer than expected, a four-day week in the public sector could support the UK’s long-term recovery from the Covid-19 crisis.”

Authors Robert Calvert Jump and Will Stronge suggested that with the pandemic still dictating how the world works, there was an unprecedented opportunity for change, with business leaders now able to appreciate that more flexible ways of working than previously were effective and practicable.

The study used Bureau Van Dijk’s Fame database and Companies House data to analyse the complex relationship between profit, productivity and hours worked in a wide variety of sectors from mining and quarrying to arts and entertainment. It also looked at productivity on a regional level within the UK.

Figures gleaned from the analysis suggested that a four-day week with no loss of pay would be affordable for most firms once the initial phase of the Covid-19 crisis had passed. It was also calculated that some firms in some industries could experience cashflow problems if a four-day week was implemented too quickly.

Will Stronge said: “For the large majority of firms, reducing working hours is an entirely realistic goal for the near future. By providing a hypothetical ‘stress test’, we can dispel any myths about the affordability of a four-day working week.

“Any policy push will have to be carefully designed, and different strategies would need to be deployed for different industries. However, what is remarkable is that if it happened overnight, with no planning, most firms would still remain profitable.

“The four-day week is picking up momentum across the world post Covid-19 and we’re calling on the government to begin investigating the best options for rolling it out.”

Welcoming the report’s publication, Joe Ryle, a campaigner with the 4-Day Week Campaign, said: “Covid-19 has thrown the world of work totally up in the air and we must take this opportunity to move away from the outdated and old ways of working.

“The four-day working week with no reduction in pay is good for the economy, good for workers and good for the environment. It’s an idea whose time has come.”

Peter Dowd, the Labour MP for Bootle and former shadow chief secretary to the Treasury, said: “If the government is serious about levelling up this country then they should consider the four-day week as it represents one of the best opportunities for sharing work more equally across the economy.

“I’m in favour of the four-day week being introduced as all the evidence shows it would boost wellbeing, improve productivity and give British workers a much better work-life balance.”

At the end of November 2020, Unilever announced it was to begin a year-long trial of a four-day week at its offices in New Zealand with the aim of changing the way work was done, not increasing the hours worked over four days.