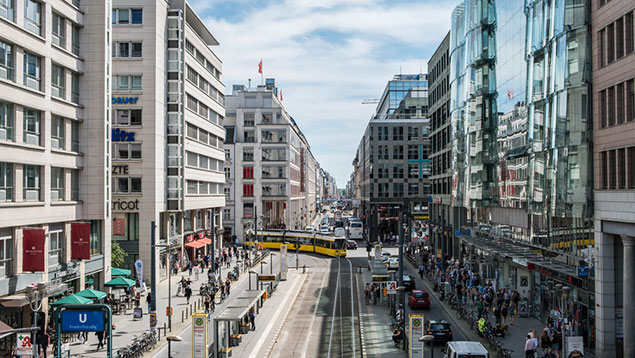 Germany’s Federal Labour Agency has reported that the number of jobless fell in the country by a seasonally adjusted 37,000 year-on-year in December, despite a tightening of lockdown restrictions.

Analysts had expected an increase in unemployment.

“The apparent resilience of the German economy in late 2020 bodes well for the new year,” said Holger Schmieding, chief economist at Hamburg-based bank Berenberg. “Despite a likely setback early this year, we look for a strong rebound starting no later than April.”

A state-backed part-time work scheme designed to protect jobs, that about 666,000 people were placed on in December, was thought by economists to have boosted the employment numbers.

Official figures show that unemployment in Germany fell by 37,000 to 2.776 million in December 2020, following a revised 40,000 decrease in the previous month and compared with market expectations of a 10,000 increase.

Coupled with a rise in retail sales in Germany in November, the unexpected fall in joblessness has led to optimism that some sectors of Europe’s largest economy have weathered the effects of the coronavirus unexpectedly well.

Meanwhile, Ireland’s unemployment rate, dipped to 20.4% in December when public health restrictions were relaxed for several weeks from 21% the previous month, data showed on Wednesday (6 January).

However, strict Covid restrictions, such as the closure of restaurants and a ban on home visits, were reimposed in late December until at least the end of January following a surge in infections.

Excluding those on the emergency Pandemic Unemployment Payment, 7.2% of the workforce were registered as unemployed in December, down from a revised 7.3% the previous month, the Central Statistics Office in Ireland said.

The latest figures for France suggest unemployment there will be at around 9% for the early part of the year. The UK’s jobless rate remains at around 4.9% according to ONS figures but variations in methodology over how joblessness is recorded may skew comparisons of the statistics. According to Trading Economics website, UK unemployment may reach 5.5% by the end of February.