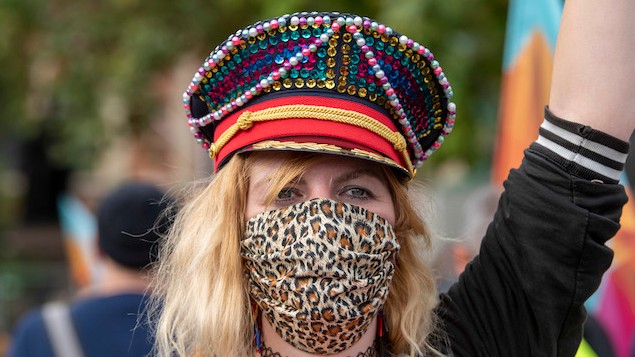 Women are still hugely under-represented in the theatre, film and television industry, according to a report published today (13 January).

The Women in Theatre Forum report warns that gender equality in the industry will worsen in the aftermath of the pandemic if not addressed.

It highlights how eight out of 10 women are forced to turn down work due to caring or family responsibilities and a lack of female leaders in theatres. In film, around 16% of working film-makers are women, and 14% of prime time TV is written by women.

Of great concern for the authors of the report, which collates research from a number of arts organisations, is that the Cultural Renewal Taskforce – responsible for supporting the culture sector during the pandemic – has only three women in the whole taskforce and no female leaders.

Sue Parrish, the artistic director of Sphinx, one of the theatre companies involved in the research, said the lack of women on the Cultural Renewal Taskforce was “disgraceful” and said arts organisations were missing an opportunity to find new ways to “represent all of culture and society”.

“They have failed,” she said. “It’s astonishing a government taskforce could be so behind the curve and we will certainly be pursuing them.”

A spokesperson for the Department of Digital, Culture, Media and Sport (DCMS) said: “We are completely committed to ensuring a diverse and inclusive cultural sector and have been speaking with women from a broad range of cultural organisations throughout the pandemic to help understand the impact on the industry.”

Jennifer Tuckett, who conducted the research for Sphinx and University Women in the Arts at Cambridge University, said women did not feature highly enough in the Arts Council’s 10-year strategy, published last year.

While there were pledges to meet the needs of those from lower socioeconomic backgrounds, deaf or disabled people, and ethnic minorities, Tuckett claims there were “zero references to women and gender inequality”, implying this was not being considered on an equal level to other areas of under-representation.

Parents and Carers in the Performing Arts (PIPA) said arts organisations could better support women by offering family-friendly rehearsals, job shares at every level, advertising roles that are flexible and actions such as organising creches at auditions. “Supporting parents and carers is not the only solution for gender equality but it is a practical approach to removing one very real barrier,” said Cassie Rane, co-founder of PIPA.