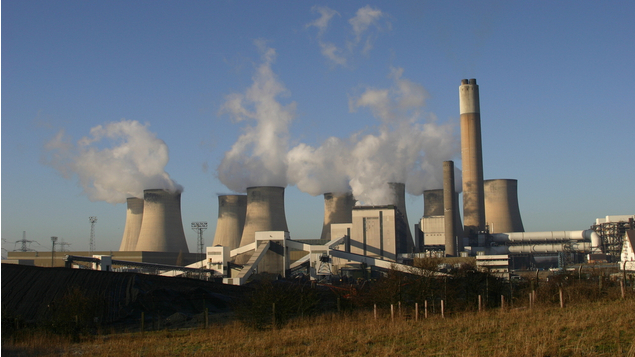 The UK’s least prosperous regions face the greatest potential disruption to jobs as the UK moves towards delivering net zero emissions by 2050, a report has found.

According to Onward, a centre-right leaning think tank, more than half (52%) of the 10 million jobs set to be disrupted as the UK transitions to a greener economy over the next three decades are based in the north of England, the midlands and Scotland.

Some 42% and 41% of jobs in the East Midlands and West Midlands respectively are in high-emission industries – defined as industries that contribute more than 2% of UK carbon emissions – while local economies in Yorkshire, the Humber and the North West (38% of jobs) are also heavily reliant on high emitting industries.

Conversely, London and the South East have the lowest proportion of such roles, at 23% and 34% respectively.

The Getting to net zero report suggests the UK needs to ensure that decarbonising the economy does not exacerbate existing inequalities. Low skilled workers in high emission sectors will especially need support to move into new industries.

In November, the Prime Minister revealed a ten-point plan and a £4bn investment in creating 250,000 new “green” jobs. Part of this pledge included investment in regions that have suffered industrial decline.

Scotland’s First Minister Nicola Sturgeon also set out plans for a retraining scheme with a particular focus on low carbon industries earlier in 2020.

Onward’s report kicks off a year-long programme that will explore how the UK can meet its pledge to reach net zero carbon emissions by 2050 in ways that are practical.

It says: “The transition to net zero may well create millions of new jobs to replace those it disrupts, but it is far from clear that they will be in the same places – like North Wales or the North Sea Basin – or available to the same workers as before. What are we doing to support people to retrain or progress into the new economy, rather than being left despondent in the old?”

The report’s co-author, Ted Christie-Miller, said: “Net zero will require more than legal commitments. It demands a plan that is not only practical but which smooths the transition for those people and places whose livelihoods are based in the carbon economy, many of whom are in the Red Wall battlegrounds that decided the last election and may well decide the next.

“The UK has an historic opportunity in advance of COP26 this year to develop lasting policies that can not only deliver net zero, but which can carry the support of voters and companies through a titanic transformation of our economy and society. It must take it.”

Dame Caroline Spelman, co-chair of Onward’s ‘Getting to zero commission’ steering group and former environment, food and rural affairs secretary, said: “Reducing carbon consumption to net zero is the socially responsible decision our generation has taken to help future generations; but we must make sure the impact of this does not aggravate existing inequalities in our country. This can only be done by enabling mitigation for those who will be hardest hit and taking advantage of the opportunities that are there to be grasped.”