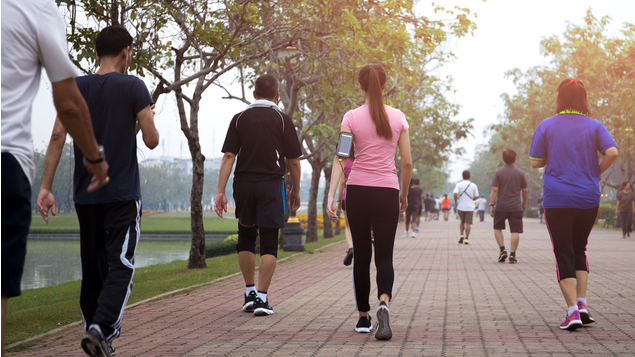 Employees have been encouraged to adopt a ‘fake commute’ while working from home, with research finding almost three in five office workers are struggling to separate their work and home life.

According to health insurer Vitality, 59% struggled to switch off at the end of their working day, with 40% working longer hours and 45% feeling more stressed than before.

Although the average office worker had gained 60 minutes back per day because they did not have to commute, 42% claimed the lack of travel to and from work was having a negative effect on their physical health and wellbeing. Nineteen per cent liked their previous commute because it gave them time to exercise.

Vitality encouraged employees to instead work a “fake commute” into their day and spend at least 20 minutes in both the morning and afternoon exercising, meditating or taking up a hobby to improve their physical and mental health.

Neville Koopowitz, CEO of Vitality, said: “In the first lockdown many of us found we had extra time in our day, taken back from the commute to work, which we were able to use constructively in some way.

“However, our research shows that more recently, likely affected by winter and the longer nights, that many of us have slipped into unhealthy habits, using this time to sleep in or work more, resulting in a struggle to keep boundaries between our working and home lives – which can lead to stress and poor mental health.

“That’s why we at Vitality are urging everyone to set aside some of the time they would previously have used getting to or from work, to prioritise their own health. By taking just 20 minutes each day to introduce a habit, or one that may have previously been part of our commute, such as a walk, moment of meditation or even just getting outside to grab a coffee, we can all improve our physical and mental wellbeing during a time when it’s crucial we look after ourselves.”

Almost seven in 10 staff polled by OnePoll admitted they were not doing much with the extra time they now had. Twenty-nine per cent had replaced their commute with a walk, but 37% were spending more time in bed.

Thirty-six per cent of the 2,000 workers surveyed had been exercising more since they began working from home, but 32% were doing less than they  used to.