LONDON – 24th November, 2020 – Today is International Day of Action on Forest Biomass and opposition to biomass subsidies is mounting on policymakers across the UK and European member states. On this day, groups around the world are calling on Europe to exclude biomass from receiving renewable energy subsidies and people are posting messages on social media using the hashtag #forestsarenotfuel to highlight the ecosystem destruction and climate chaos caused by the biomass industry. 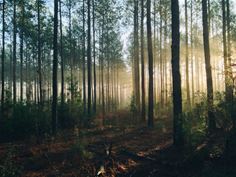 As part of this, a group of 75 organisations including environmental and public health bodies, trade unions and community groups has sent an open letter[1] to the UK government, calling for renewable energy subsidies to be redirected away from biomass to lower carbon options such as wind and solar power. The letter was sent to the Department of Business, Energy and Industrial Strategy which oversees energy subsidies.

Biomass is classified as renewable energy under UK law and receives generous subsidies on this basis[2]; however, a growing number of scientists are speaking out against this classification, including the European Academies Scientific Advisory Council[3] and nearly 800 scientists who wrote to the EU Commission in 2018 calling for forest biomass to be removed from the renewable category.[4]

“Current UK subsidy laws mean that over a billion pounds a year is spent on subsiding biomass which destroys forests, makes the climate crisis worse and adds to environmental injustice,” said Frances Howe at Biofuelwatch. “The UK already imports and burns wood pellets made from more trees than we can produce in a year. With yet another biomass power station due to come online in 2021, there is no way this can be considered renewable energy.”

Earlier this year, a coalition of environmental advocacy groups launched Cut Carbon Not Forests, a hard-hitting campaign to expose the UK’s wasteful subsidies for companies that burn trees for electricity and to put public pressure on policymakers to support reform. Redirecting biomass subsidies to support solar and wind is the primary goal of Cut Carbon Not Forests, which urges supporters to take action by emailing their local MP.

The same coalition is also supporting a Europe-wide petition calling on policymakers and member states to end subsidies and other incentives for burning forest wood and redirect critical support to energy efficiency and true clean and renewable energy sources. The petition – supported by international organisations, including Greenpeace – also demands the prioritisation of forest protection and restoration to safeguard public health, the climate and biodiversity.

Sasha Stashwick for the Cut Carbon Not Forests Campaign said:

“Biomass electricity is getting in the way of addressing the climate emergency. Drax Power Station alone receives £2 million in bill payers’ money every single day despite its record of pollution and forest destruction. This is money that should be spent on real climate solutions not more dirty energy. This letter is part of a groundswell of action against biomass electricity receiving public money: over 2,000 Britons have contacted their local MP already calling for the UK government to redirect these subsidies to true clean energy.”

“Young people around the world know perfectly well that biomass electricity is part of the problem. To restore our natural systems we must let trees grow, not burn them for energy. The UK government must immediately put an end to this wasteful, unjust and forest-destroying policy, and ensure our bills are contributing to genuine clean power from the wind, waves and sun.”

“PCS fully backs this call to end the subsidies for existing biomass power stations, which underwrites the burning of wood when we should be rapidly decarbonising and protecting forests worldwide to store carbon. We also call for a publicly funded mass retrofit programme as part of a publicly owned and managed energy transition where these monies can be better directed, creating sustainable jobs and reducing energy costs.”

“After decades of campaigning and action by frontline communities and thousands of grassroots activists, the UK is finally moving away from coal fired power. It’s vital that public money spent on electricity production goes to genuinely renewable energy from sources which aren’t depleted as energy is generated. Drax power station still consumes coal, albeit producing less than half the amount of electricity from coal compared to biomass. Drax’s fuel sources are unsustainable.”