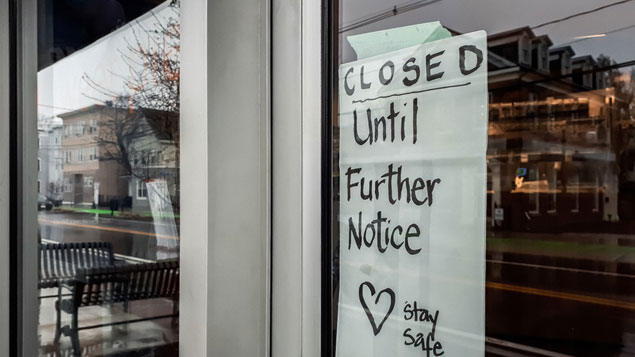 A unprecedented number of small business owners are planning to close their firms over the next 12 months, says the Federation of Small Businesses (FSB), which accused the government of ignoring the situation.

More than a quarter of a million businesses could be lost without further government support, the FSB’s Small Business Index has found.

About 5% of small businesses revealed they expected to close this year – a record figure. In addition to the 250,000 firms expecting to close, many businesses that were hoping to survive were in fact likely to close despite having reduced headcounts, freezing operations or taking on more debt.

The FSB’s Small Business Index was launched in the wake of the financial crash of 2008-9. About 1,400 firms were surveyed for the study, out of 5.9 million small firms across the UK which employ 16.8 million people according to government figures.

Confidence levels, inevitably, were also significantly depressed, standing at -49.3, down 27 points year-on-year. The London Small Business Index stood at -61, reported the FSB. The vast majority of those surveyed (80%) did not expect their performance to improve over the next three months. The number expecting to close was double that of this time last year.

Another figure at an all-time high in the index concerned the proportion of small businesses forecasting a reduction in profitability for the coming quarter. This rose from 38% to 58%.

FSB national chairman Mike Cherry said government support for firms was insufficient in the context of the latest lockdown: “The development of business support measures has not kept pace with intensifying restrictions.

“As a result, we risk losing hundreds of thousands of great, ultimately viable small businesses this year, at huge cost to local communities and individual livelihoods.”

He added the government had met the latest national lockdown “with a whimper” and called for help that went beyond the retail, leisure and hospitality businesses.

“Company directors, the newly self-employed, those in supply chains and those without commercial premises are still being left out in the cold,” he added.

The FSB pointed out that directors of small companies, who paid themselves in dividends rather than took a salary, were not receiving any help from the government. Up to a million people fell into this category it said.

It proposed a directors income support scheme that would pay them grants of up to £7,500 to cover three months of lost trading profits. This would be limited to those who earned less than £50,000 a year.

Additional support schemes for self-employed workers and for businesses without commercial premises were also urgently required, said the FSB.

The FSB said it had submitted its proposals to the Treasury.

The Treasury responded: “Our support schemes are designed to get help to those who need it most whilst protecting the taxpayer from fraud, but of course we keep everything under review and are always open to further ideas.”

FSB London Policy Chair, Rowena Howie, said: “We need to adequately support businesses who are feeling the big pinch, particularly those in central london boroughs who missed out on a fair proportion of local discretionary grants and who have seen a massive footfall reduction in the run up to the Golden Quarter and those who rely on a thriving London Night time economy.

“The fear of at least 50,000 London businesses folding in the capital, based on this fresh FSB data, is extremely worrying.”