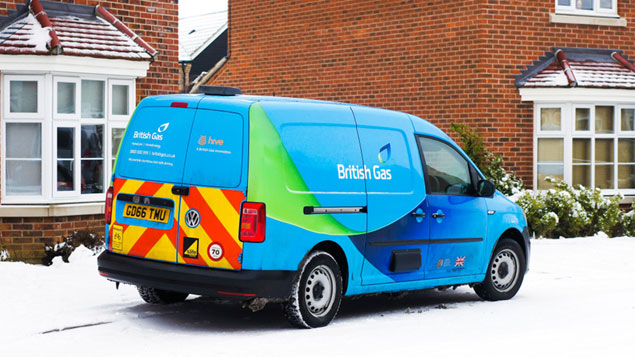 A cross-party group of MPs has urged Centrica’s bosses to withdraw any threat of firing and then rehiring the British Gas engineering workforce. The prime minister Boris Johnson was also asked for his support for workers in the House of Commons as a ballot on strike action closes today.

The MPs, who included the SNP’s Gavin Newlands, Lib Dem Wera Hobhouse and shadow chancellor Anneliese Dodds yesterday told Centrica boss Chris O’Shea: “We feel that no employer should be treating its employees the way you have and we are saddened that your actions have tarnished the reputation of a great British company.

“It is clear that changes need to be made in Centrica and we understand that unions have been attempting to work with you to achieve a recovery for the business.
“We ask that you come back from the brink, take your threat off the table and come to a negotiated agreement with GMB.”

Today (17 December) a ballot closes on industrial action which may be taken against the threat. In August a consultative ballot indicated that workers at Centrica and its subsidiary PH Jones were prepared to take strike action over the company’s stance.

I also called on the Govt to introduce legislation to outlaw fire & rehire once & for all pic.twitter.com/TMKiHQKC6y

Justin Bowden, GMB national secretary yesterday, urged Centrica/British Gas to get back to the negotiation table: “GMB has negotiated for months to try and arrive at an outcome that is fair and reasonable for all parties. Throughout these negotiations, British Gas has held the threat of dismissal over its workforce. In the last week that process of fire and rehire has begun with gas and electrical engineers being told they will lose thousands of pounds of protections negotiated by the union if they do not sign up to accept the proposed cuts.”

In the House of Commons yesterday, Labour MP for Washington and Sunderland West Sharon Hodgson called on the government to intervene and make the practice of firing then rehiring illegal.

She invited Boris Johnson during question time to condemn the practice: “Highly skilled engineers at Centrica British Gas in my constituency were told last week they would have to sign new contracts before Christmas or else they would be fired and rehired in the new year on worse terms. Fire and rehire is an exploitative and illegitimate negotiation tactic and causes real hurt and anger.

“Will the PM join me in calling on Centrica to withdraw its threat and return to the negotiation table with workers and their union the GMB and will the PM work with Labour and trade unions to introduce legislation to ban fire and rehire as soon as possible?”

Johnson indicated some support for employees in this position but then also backed employers. He said: “It’s very important all businesses treat their employees with fairness and respect – I share the point of view of the honourable lady. But it’s also vital that we have a flexible economy that is able to generate jobs particularly when we are going to be going through a very difficult and bumpy time. And we have had a proud record of keeping employment high and unemployment low in this country and we want to continue that approach.”