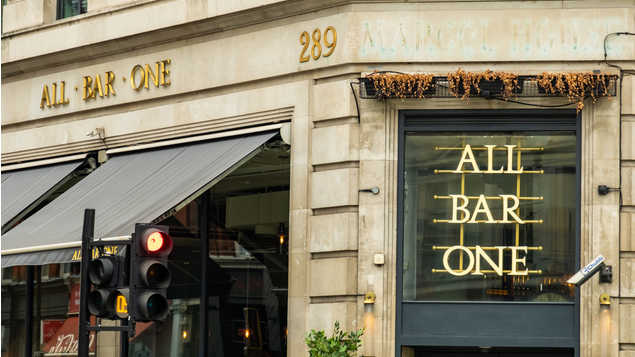 Almost 1,700 jobs have been cut at pub and restaurant businesses Mitchells & Butlers and Fullers, Smith & Turner, due to reduced trade and the closure of some premises during the Covid-19 crisis.

Mitchells & Butlers, which owns brands including All Bar One, Harvester and O’Neills, announced that it had made 1,300 redundancies in roles that it could no longer support despite government help.

It made a £123m loss in the year to the end of September, down from a £177m profit the previous year.

Announcing its final results for 2019-20, it said: “The trading environment has presented unprecedented challenges for the industry, as it continues to navigate through an ever-changing backdrop of trading restrictions and social distancing measures. Despite the available government support, not all businesses were able to weather the initial prolonged period of closure and subsequent reduced demand.

“We have gratefully received the government support which has been made available to date including the business rates holiday, which has benefitted retail, hospitality and leisure sectors and reduced VAT rates on certain supplies, which has had a sector specific benefit to food-led businesses. Our employees have benefitted from the Job Retention Scheme which has been of great value to our team providing some assurance during the initial closure period and enabling us to protect many roles.”

Fullers said it had made 350 staff redundant. It reported a £22.2m pre-tax loss for the six months to the end of September, compared with a profit of £17.9m in the same period in 2019.

In its half year results, it said it acted swiftly when the second England lockdown was announced to reduce stock losses.

“We also immediately placed 98% of our team members – across our pubs, hotels and in our support functions – on furlough or flexi-furlough, thereby minimising our cash burn,” it said.

“The extension of the Coronavirus Job Retention Scheme until March 2021 provides a degree of breathing space and will allow us to apply a sensible and measured approach to costs as we reopen our estate, particularly at the most affected sites in our city centres.”

From 2 December, hospitality businesses will be able to reopen in Tier 1 and Tier 2 areas, provided certain measures to prevent the spread of Covid-19 are adhered to. They must remain closed in Tier 3 areas – including Kent and many areas in the North of England and the West.

Trade body UKHospitality said around 98% of the sector was situated in Tier 2 and Tier 3 areas.

Kate Nicholls, UK Hospitality chief executive, said: “This will see £7.8 billion of trading wiped out compared to last year if the restrictions last all of December.

“These are safe spaces for people to meet, relax and socialise and the sector is desperate to get staff back to work, open their doors and, in the long term, diminish reliance on the public purse and begin driving economic recovery.

“The new tiers will see over 120,000 venues across England placed into Tier 2, with tens of thousands of these forced to close as they are unable to provide a table meal, either physically or financially. This affects the employment of nearly 1.5 million people. Under this severe a restriction, 94% of our members say they will be unviable or trading at a loss.

Earlier this week thousands of jobs at department store chain Debenhams were put at risk as it outlined plans to close up to 60 stores, while more than 4,700 people employed at Peacocks and Jaeger stores were awaiting the outcome of administration proceedings.