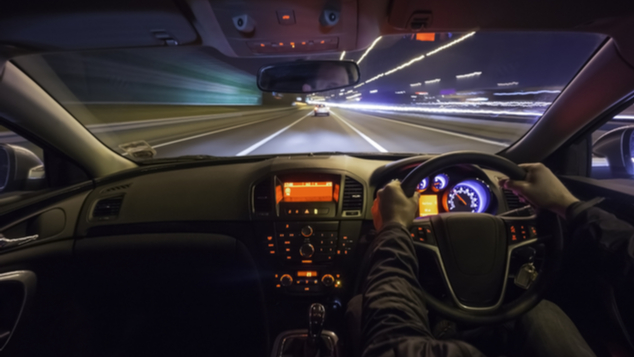 A senior employee at a Christian charity was unfairly dismissed after he raised health and safety concerns about the time he was required to spend driving on a work trip, an employment tribunal has found.

Dr Parsons, who was employed as head of research and director of studies at Barnabas Fund, which is appealing the tribunal’s decision, claimed he had been victimised and dismissed by the charity after making protected disclosures.

He was called “a snake” and “manipulative” by the charity’s co-founder, who refused to speak to or acknowledge Parsons for four months after he expressed concerns about the amount of driving involved on a speaking tour in September 2018.

The claimant and some colleagues were required to drive from Wiltshire to Lancashire to speak at an evening meeting, then return to Wiltshire in the early hours of the morning. They were then expected to drive to Exeter the following day, returning to Wiltshire at around midnight.

Chief executive Mr Storm agreed to let the group stay in a hotel after Parsons raised some initial concerns about the amount of driving, but later reversed this decision.

The day before the trip to Lancashire, Parsons emailed Storm and several other colleagues, stating that there was “a serious health and safety issues here i.e. undertaking a 16-hour journey, getting back at the earliest 2.30 and the following night getting back sometime around midnight”.

The email said: “There are legal limits for driving and working. For professional drivers that legal limit is 11 hours maximum in any one day of any form of work time – whether driving or not. If we ignore this – and we have an accident – either on the way back from Clitheroe or the next night driving back from Exeter at midnight – then the health and safety executive will treat that very seriously.”

He said that as Storm had reversed his decision to stay overnight after he had expressed his worries, he had no other option than to raise it as a formal health and safety concern.

Fifteen minutes after the email was sent, co-founder Dr Sookhdeo accused Parsons of forcing him to obey his instructions by issuing a formal concern. The claimant said he was raising the need to comply with the Health and Safety at Work Act, but Sookhdeo said he and other employees were entitled to ignore that.

Sookhdeo allegedly called Parsons a “snake” and “manipulative” and threatened him with dismissal if he went to an employment tribunal or raised his concerns with any regulators.

Parsons told the tribunal he was taken off the tour and was excluded from key meetings. Sookhdeo ignored him for several months and did not respond when he said “hello” in the mornings.

In January 2019, Storm met with the claimant and told him they had not settled the matter of him raising the health and safety concern. Parsons was asked whether he regretted his actions, to which he responded that employees had a responsibility to raise such worries.

During another meeting with other senior figures, Parsons was urged to apologise for suggesting that Sookhdeo’s actions immediately after the email was sent could be seen as “witness intimidation”.

The claimant was later suspended from the organisation amid other claims that he had breached the charity’s policy around external communications. He was later dismissed as the organisation felt there had been a breakdown of trust and confidence in Parsons.

The employer argued that the health and safety concern was not a major factor in its decision to dismiss Parsons, but the tribunal found this was contradicted by the letter sent to Parsons.

Employment judge James Bax said in his decision: “I rejected the respondent’s argument that the dismissal for insubordination and a breach of trust and confidence, was wholly unconnected to the health and safety concern.

“The effect of the health and safety concern was inextricably linked to the reason for the respondent terminating the claimant’s employment and the Respondent was unable to detach that major factor from its decision.

“In the circumstances, taking into account that the significant part of the decision was that the claimant had made a protected disclosure, a reasonable employer would not have dismissed the claimant.”

A spokesperson for Barnabas Fund said it had launched an appeal against the decision. A remedy was due to be discussed at another hearing.