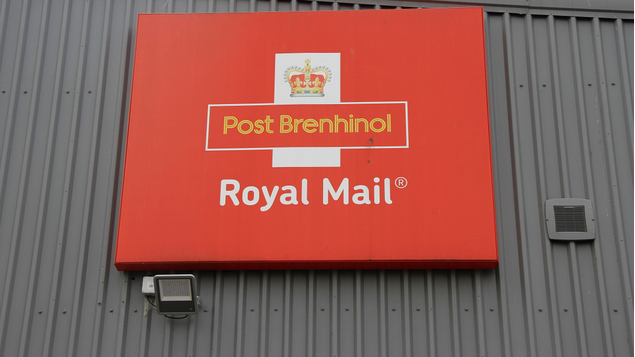 A former manager at Royal Mail has won a £230,000 pay-out after his complaints about bullying and discrimination were not adequately addressed, contributing to a decline in his mental health and his subsequent dismissal.

Mr Shunmugaraja, a work area manager at Royal Mail’s Cardiff mail centre, was called a “dog” and mistaken for a Muslim – when he is in fact of Hindu faith – which the tribunal found amounted to acts of discrimination.

In June 2017, a worker who had been refusing to undertake the tasks as instructed by Shunmugaraja called him a “sly dog”, which left the claimant so upset he had to leave a meeting.

He told the Cardiff employment tribunal that he found the phrase deeply offensive, and the tribunal agreed it would be perceived as an insult in many cultures and could have racial connotations.

The second incident, which took place in August 2017, involved an altercation with an employee Mr Day outside the mail centre’s “quiet room”, which was often used as a place to pray.

Shunmugaraja had booked the room to conduct a short training session, but Day – a Christian – aggressively challenged his use of the room and suggested he should “use the [Muslim] prayer room” instead. The tribunal considered this discrimination based on his perceived religion.

He wrote a letter to the plant manager, expressing concern about the “very frightening experience” with Day. When he did not receive a response, he contacted the company’s central HR function, alleging that had been bullied and harassed on account of his religion.

In October 2017 he received a response from Royal Mail’s employee relations case management team, which started that it did not accept bullying and harassment complaints from managers against their subordinates and suggested that he should address it as a formal conduct matter instead.

A colleague on the same grade as Shunmugaraja attempted to investigate the complaint, but the claimant thought the investigation would not be conducted impartially and requested an independent person step in. This request was ignored.

In November, Shunmugaraja became unwell with sharp pains in his neck and shoulder at work. His GP attributed this to anxiety caused by harassment and bullying at work and signed him off on sick leave. He had also been taking anti-depressants since the incident in August.

In mid-December, he attended a meeting with the late shift manager Mr Colclough and another employee to discuss his illness and when he planned to return to work. The claimant told the tribunal that Colclough appeared sensitive to his situation during the meeting and said he would keep in touch with him regularly during his absence, but two days later he received a letter from Colclough that said: “If you do not attend or fail to provide a reasonable explanation for your continued work related stress sick absence, I will not give authorisation for ongoing Royal Mail sick pay to be paid to you, and I expect you to discuss this situation with me further. If you do not do so, your Royal Mail sick pay will be stopped with effect from Wednesday 20th December 2017.”

The tribunal found this letter to be an act of victimisation and unlawful discrimination. “It was totally inappropriate, given that it was written to an employee that was off work with work-related stress,” the judgment says.

Shunmugaraja’s company sick pay and statutory sick pay were subsequently stopped and he was dismissed on 23 January 2018.

From the first act of discrimination, [the claimant’s] happiness was gradually eroded and replaced by feelings of anxiety and distress” – employment judge Laura Howden-Evans

He told the tribunal that his dismissal has had a profound impact on his life. He became homeless and was unable to pay his debts. With no fixed address to apply for unemployment support and being unable to find alternative work, he has spent periods living with his mother in rural India. This situation remained at the time of his remedy hearing in November 2020.

The judgment says: “We note that the claimant had taken great pleasure in his friendships at work and was proud to be performing well as a manager. He had worked for the respondent for over 10 years and was doing a job that he loved and intended to do until his retirement.

“From the first act of discrimination, this happiness was gradually eroded and replaced by feelings of anxiety and distress. The claimant has experienced anguish, anxiety and depression which have impacted on his ability to sleep, eat and socialise.”

Employment tribunal judge Laura Howden-Evans also ordered the company to provide the claimant with a written apology for his dismissal, which is hoped would help would mitigate any disadvantage he faced in finding new employment.

Royal Mail was also told to identify the failings in policies and procedures made when handling Shunmugaraja’s case; seek union assistance in reviewing its training programmes around the Equality Act 2010, diversity awareness and bullying and harassment procedures; and introduce an ‘independent first point of contact’ into its bullying and harassment, conduct, grievance and equality procedures, who should sit outside of complainants’ place of work.