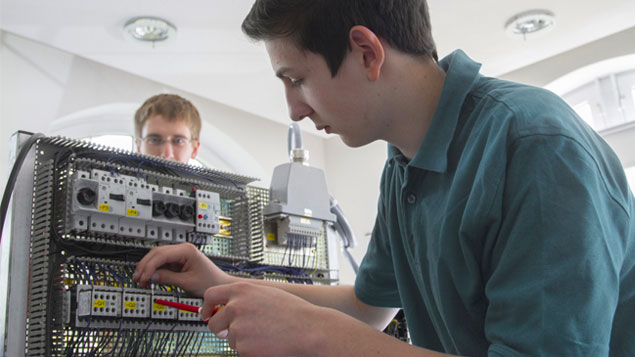 The number of apprenticeships ending in redundancy is now two-thirds higher than in 2019, provisional figures show, as the Covid-19 pandemic continues to cut a swathe through jobs in several sectors.

Data obtained by the BBC under the Freedom of Information Act shows that between March and July, 1,033 people in England were withdrawn from apprenticeship programmes because they had been made redundant. This compared with 615 for the same period in 2019.

It is thought by the Education and Skills Funding Agency (Esfa) that the real figure is actually higher because the numbers don’t included those who go on to complete their apprenticeships with a new employer, or at a college. There are also some cases that may not be registered as redundancies, the agency said.

There are about a total of 740,000 apprentices training in England.

In October, 12% of apprentices in the UK surveyed by educational charity the Sutton Trust had been made redundant.

A further 8% were on furlough, and 35% had been furloughed but were now back at work. 15% had remained at work but seen their off-the-job learning programmes suspended.

For the UK workforce as a whole, July to September saw a record increase and a record number of redundancies, to 314,000, according to official statistics.

Gillian Keegan, apprenticeships minister, told the BBC that redundancy “is always a risk when you have got this sort of disruption in your economy so we were very focused very early on to do as much as we could to support and protect apprentices”.

That support included allowing apprentices to be furloughed, and continuing their training while not working, moving to online study where appropriate.

From August to January, employers will get a £2,000 grant for each apprentice under 25 they hire, and £1,500 for older apprentices.

In September, the government introduced a redundancy support service for apprentices and trainees who were three-quarters of the way through a longer apprenticeship were granted funding to finish. This had previously been limited to those in their final six months of training.

The pandemic has also had a major impact on the number of people starting new apprenticeships.

Department for Education figures show that between 23 March and 31 July in England, 58,160 apprentices started their training – down from 107,750 during the same period in 2019.

Apprenticeships for the under-19s were particularly affected, down over two-thirds compared with the same period last year.

However, the department said some of the apparent drop may be exaggerated by employers failing to file paperwork because of the pandemic.

Tracey Matthews, an assistant principal at further education specialist Milton Keynes College, told the BBC the picture was not positive.

“I don’t just worry about all those apprentices we have on programme now, I also worry about those young people who wanted to get apprenticeships. We don’t have as many vacancies in the system as we have had previously.”

Last week, the Sutton Trust published findings that showed the government’s £2,000 bonus for every new apprentice hired was failing to stem the loss of employers’ on-the-job training programmes.

This will have a knock-on effect for opportunities for young people in the years to come” – Peter Lampl, Sutton Trust

A two-phase survey of 500 employers found an increase in the numbers of businesses making apprentices redundant as the year progressed. In April, 8% of respondents said they had cut apprentice positions but by October this had risen to 12% of the sample.

There was also a rise in the proportion who said they would not hire any apprentices over the coming 12 months, from 9% in April to 16%in October.

Only a fifth of respondents had by October used one of the government incentives offered by Rishi Sunak in July as part of his Plan for Jobs to help stimulate recruitment.

And although the £2,000 bonus for taking on an apprentice aged under-25 was the most popular choice from the job creation support packages offered by the chancellor, only 9% of those interviewed by the Sutton Trust had claimed it.

Peter Lampl, founder and chairman of the Sutton Trust, said: “This will have a knock-on effect for opportunities for young people in the years to come.”

“Apprenticeships have a crucial role to play in delivering the government’s social mobility agenda which will be especially important as we come out of the pandemic.”

The Department for Education said its redundancy support service offered free advice to apprentices and helped them search for new opportunities.

“Over 1,000 employers have signed up to the service to offer opportunities to redundant apprentices, including Bupa Dental and Taylor Wimpey. We have also changed the law so more apprentices who have lost their jobs can complete their programmes and get the skills and experience they need to progress,” the department said.