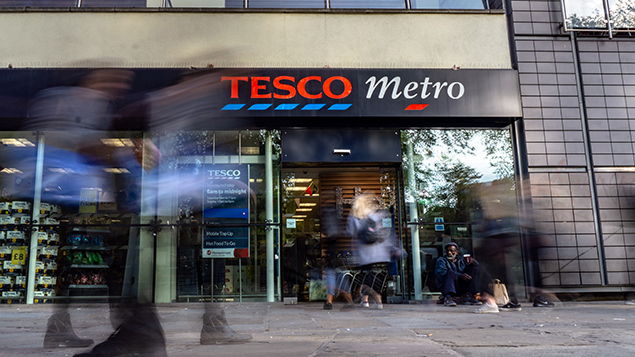 A manager of a Tesco store fired for manhandling a shoplifter has been awarded £43,100 for unfair dismissal at the employment tribunal.

Mr El Gorrou, 60, who had provided the supermarket giant with “20 years of blemish-free service”, was summarily dismissed for “initiating and sustaining physical contact and detaining a shoplifter”.

Tesco argued that El Gorrou breached company policy. A summary of the policy by the judge outlined that, where a customer is suspected of shoplifting, the employee should approach them and ask if they require assistance, unless the employee feels threatened. The staff member should escort them to the store office and issue a banning letter, await the police, or take some other appropriate action in the same vein. The employee should not restrain the shoplifter to get them to the office, or to await the police.

The incident occurred in June 2019. The east London store had no security staff, despite being regarded as high risk because it was targeted by often violent shoplifters.

“Outside the office were staff and customers who could get hurt… The claimant then made a split-second decision to restrain the shoplifter to protect himself and others. The claimant’s actions, viewed objectively, were reasonable in all the circumstances as he believed them to be at the time, in defence of himself and others.”

Tesco management was only made aware of the incident 10 weeks later from an anonymous source via its whistleblowing hotline. El Gorrou was suspended pending an investigation which, following a subsequent appeal, led to him being summarily dismissed for gross misconduct in January 2020.

The judgment said the “whistleblower”, who provided mobile phone footage of the incident via a recording of CCTV playback, had a vendetta against El Gorrou as they also alleged he had been stealing. Tesco later “rightly” found the claimant had no case to answer – the allegations of theft were malicious and false.

But the judge did not find that Tesco had reasonable grounds to conclude that El Gorrou breached its policies inside the office. “There were no reasonable grounds to conclude that in the CCTV footage the claimant acted otherwise than in reasonable self-defence and defence of others in the circumstances as he reasonably believed them to be at the time, having made a split-second decision about what defence was required, in an intensely scary and fast-paced situation, and without a security guard having been provided for his or his colleagues’ protection,” said the judge.

The judge found that, even if El Gorrou had breached the policy, Tesco dismissing the claimant was not within the band of reasonable responses because:

“In this light, no reasonable employer would have taken the decision to dismiss. As such, the claimant was unfairly dismissed,” said the judgment.

The remedy comprised a basic award £14,960 and compensation of £28,190. Tesco is appealing the decision and declined to comment on an ongoing legal case.