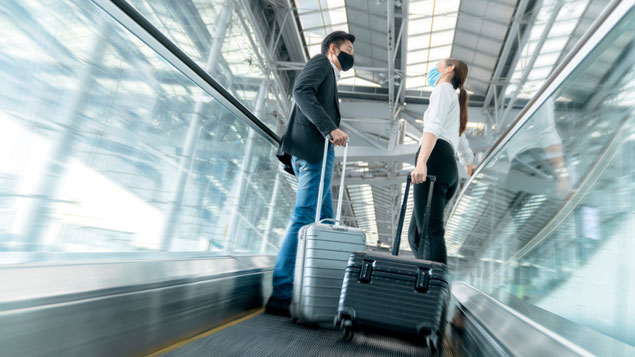 On 5 March, Personnel Today attended a conference on global pandemics at which business risk and health experts told delegates drawn from HR departments, logistics and management what they might expect over the coming weeks and months. Adam McCulloch catches up with three of the key speakers to examine what businesses have learned in the first nine months of the Covid crisis.

“It is the Spanish flu all over again.” “The US has the medical facilities and organisation to cope well.” “This is not the Spanish flu”. “It’s possible that many of us will have to work exclusively at home for a while”. “Misinformation could be a significant threat.”

These were some of the statements relayed to delegates at the March conference, which were met with a combination of incredulity (“Working from home? – that’s scaremongering!” one delegate retorted), confident agreement and slightly awed silence.

For Dr Anthony Renshaw, International SOS medical director Northern Europe, misinformation, which he had identified as a danger in the March forum, has become a huge issue: “We predicted misinformation would escalate further, to the extent it has now become a critical global public health priority, arguably as important as the behaviour of the virus itself.

“In fact, the World Health Organisation has now dedicated a major focus area on fighting the infodemic and many governments and businesses are engaging actively on this issue.”

The issue will intensify as efforts to vaccinate populations gets under way, he says, as social media is already awash with users debating the merits of the jab. “As we face the prospect of vaccinating billions of people,” says Renshaw, “this will become very high priority, along with the logistical challenges of administration”.

Post-pandemic, health inequities have appeared, and certain health risks in the workforce (such as diabetes and heart disease) are predicted to increase” – Anthony Renshaw, International SOS

Businesses and HR will play a major role: “Many firms we speak to are interested in understanding how vaccine hesitancy will affect take-up of the vaccine in their countries of operation, or what their role will be. In my opinion, access to credible clinically led information sources that are apolitical, agnostic and informed by clinicians who are on-the-ground, has never been more critical for global organisations.”

Renshaw is positive about employers’ response to the pandemic. “We’ve seen many businesses we advise pull together actually, and take the opportunity to create organisations that are fit for the future. I gave examples at the session around preparing for cases in the workplace, or setting up a process for contact tracing in the UK, which was thought far-fetched by some. I was surprised at how many businesses have taken this onboard now, how it is part of how we now do things, and how businesses see their role in supporting the societal response to the pandemic.”

He says that for HR, keeping a pulse on what is happening in your workforce is now far more important – but he emphasises it’s vital to make sure any health initiatives are clinically-led, data-driven and measured.

“Global companies are also realising that in many countries, access to health services has fallen post-pandemic, health inequities have appeared, and certain health risks in the workforce (such as diabetes and heart disease) are predicted to increase.”

On the global level there are major lessons for UK employers and public health authorities to take on, says Renshaw. “We’ve seen that timely, consistent, authentic and transparent messaging have been effective in keeping citizens largely ‘on-side’ in countries like New Zealand. We’ve seen the effectiveness of timely testing, tracking and tracing seen in countries across east Asia, alongside the aggressive management of clusters. Each country has its own unique challenges.”

There are several aspects to the pandemic that Renshaw says he would have discussed at the conference with the benefit of the past nine months’ experience. “I would have probably said that we must not assume that ‘leading’ health systems will necessarily be better equipped to deal with a pandemic of this magnitude. The pandemic has changed our thinking about which countries constitute high medical risk.

It is HR that has found itself doing the heavy lifting in this” – Mark Harris, Blindside Risk

“I would have told people of the very real threat of being stranded in a country with a health system unfolding and unable to cope with the number of cases. With the sheer volume of requests for support we’ve had this year, I would have urged people that reliable health and security support is no longer a nice-to-have but is an essential part of doing business.”

Renshaw adds he would also have warned of the long road ahead and emphasised more the need for mental resilience. But he says he would still have been upbeat, knowing that a vaccine would become available before too long and that research would reveal so much about Covid transmission, the benefits of mask use and how to travel safely. 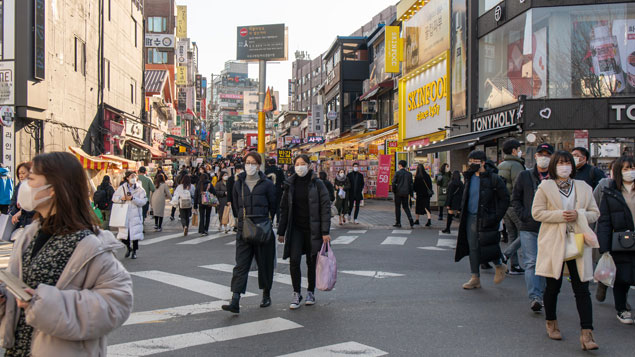 A constant thread from each of the speakers Personnel Today spoke to concerned the idea that business was leading the way rather than government on the Covid response.

Richard Stephenson, chief executive of crisis and continuity technology firm YUDU Sentinel, says the UK has seen the “full impact of a failure to have plans fully rooted in reality”. He points to the failure to maintain sufficient PPE stockpiles (resulting in chaotic ordering and inflated prices), the sluggish reaction to infection coming into the UK and the decision to confine testing to public health laboratories of which there were only three. “Economically ruinous lockdowns were the only weapons left in the arsenal,” he says.

I do think there’s a definite distinction to be made between female leaders and male leaders in that NZ and Germany were straight with people and realistic and upfront in helping to manage expectations” – Mark Harris, Blindside Risk

“We had inconsistency of messaging leading to a series of improvisations. Commercially you have a vision … you have a number of objectives, contingency plans and organise accordingly to maintain business and survive. Commercial organisations will look at how to reorganise to be better in the future – because they know it won’t be the same again, they can’t go back. But the government seems to lack this vision and as a result talked up a return to ‘normality’ – then seemed surprised at the need for a second lockdown. Government should have worked with business people and on a cross-party basis.”

Harris notes that countries’ responses were somewhat dictated by the personality of their leadership and suggests that female traits such as those shown by Jacinda Ardern in New Zealand,  Angela Merkel in Germany and Mette Frederiksen in Denmark may have contributed to improved national outcomes.

“I do think there’s a definite distinction to be made between female leaders and male leaders in that NZ and Germany were straight with people and realistic and upfront in helping to manage expectations. It wasn’t just women of course – in France, Macron also said ‘this is not going to be good’ in contrast to, say, Johnson and Trump. 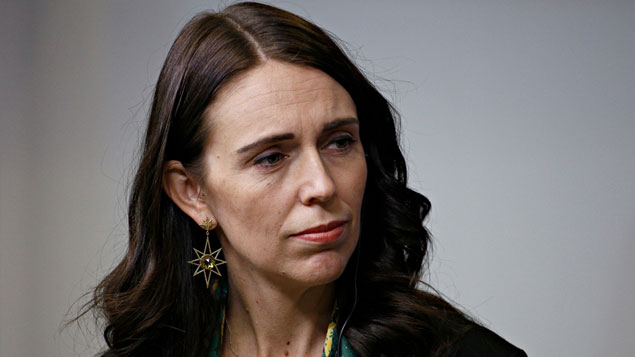 HR’s role will be expanded in the wake of the pandemic, says Harris, “It is HR that has found itself doing the heavy lifting in this. What I saw prior to Covid was that crisis management plans didn’t necessarily involve HR … going forward HR must be one of the main elements in designing crisis plans.”

Harris and Stephenson say that Covid’s unique challenge to business lies in its totality, its lack of boundaries. “Before the pandemic, the top two boardroom risks were cybersecurity and terrorism. Neither of those two could reasonably wreak such widespread harm to businesses, many of whom would be out of business without government intervention. We are reevaluating our supply chains and we now realise the need for a deep dive into the complex dependencies, and the words ‘near-shoring’ and ‘re-shoring’ will become common business language.”

Harris adds this is also true in the personal sense in that Covid not only affects every aspect of businesses and work life but home life too. “There is no escape from it,” he says.

Stephenson, who at the conference had been accused of being alarmist over his suggestion we may all have to work at home for a time, adds: “The change is profound and when normal life resumes, normal working will not. A hybrid working model will replace the five-day office culture which will change the economies of city centres to the benefit of the suburbs. We might even become a happier and less-stressed country when this is over.