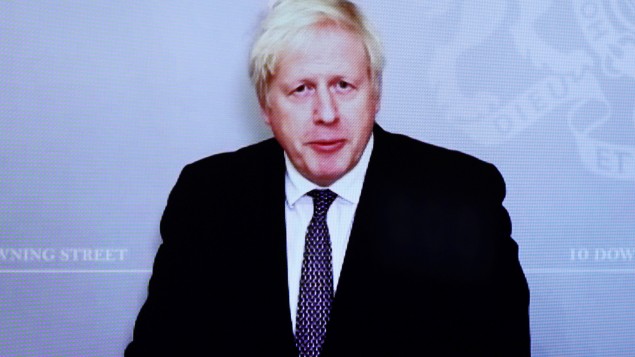 Employees are likely to be encouraged to remain working from home until at least Easter 2021, when it is hoped that a combination of a tighter ‘tier’ system, further testing and the roll-out Covid-19 vaccinations will have ‘driven down’ the coronavirus infection rate.

The government’s Covid-19 Winter Plan, which was unveiled by Prime Minister Boris Johnson yesterday alongside the announcement that England will return to a ‘tiered’ system of restrictions from 2 December, encourages employers to enable a “greater degree” of home working and says guidance will be strengthened “to be very clear that anyone who can work from home should do so”.

Johnson said: “I really am now assured things really will look and feel very different indeed after Easter and that idea of an end goal or date is important because at last – if the promise of the vaccines is fulfilled – we do have something to work for: A timescale, a goal around which businesses can begin tentatively to plan, and with luck and with hard work we will be seeing improvements before then.”

More than a third (36%) of workers worked exclusively from home between 24 April and 3 May 2020, but this proportion declined over the summer.

Even though the government renewed its work from home guidance in September, when the infection rate began to rise again, the number of people working from home before England’s national lockdown was introduced “remained relatively low compared to earlier in the year”, the document says.

“SAGE [Scientific Advisory Group for Emergencies] advice is that typically over one third of contacts are made at work, that these are often of long duration and highly clustered and that homeworking can have a significant effect on reducing transmission if all those who can work from home do so,” it adds.

It reiterates that there are some limited circumstances where attendance in the workplace is necessary, including mental health concerns and where work must be conducted physically.

“The vast majority of businesses are operating within the rules and have gone to enormous lengths to ensure they are Covid-secure. However, a small number of businesses are not complying with the law and operating in an unsafe way. This puts progress in controlling the virus in jeopardy, and risks further restrictions being imposed on compliant businesses to make up for the reckless approach of a minority,” it says.

Alan Price, CEO of advice service BrightHR, said: “As before, the government are continuing to encourage homeworking across all tiers, with guidance now being strengthened to state that this should be permitted where possible.

“Indeed, new guidance released in conjunction with the Prime Minister’s statement outlines that the government wish to be ‘very clear’ those that can work from home should do so. Businesses across England who had started to bring staff back into the office due to changing restrictions will now need to take this on board, at least until the new year.

“While many businesses can reopen from next week, there are still some that will need to remain closed depending on the tier, most notably hospitality venues in tier 3 that cannot serve takeaways. If a business is told to stay shut, they will need to consider the continued use of the furlough scheme, if possible, to retain jobs through this period.”